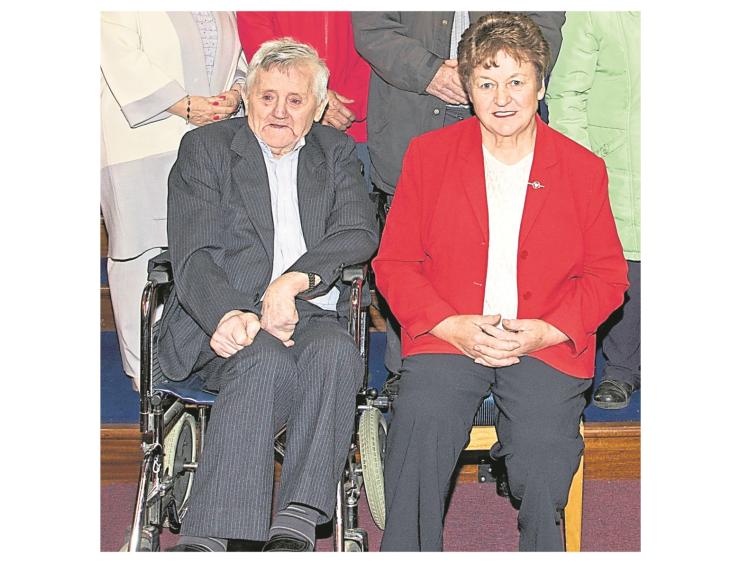 A native of Dring, Michael was beloved husband of Maura (nee Kilbride) and they reared a family of eight children. Mickey, as he was known to all, was a great jolly man who always seemed to be in good form and always had a happy story to tell.

As a young man he, like many of his age, he left for England where he spent almost ten years working on building sites in London and it was here he made many friends some of whom he kept in touch with and indeed some of them were present or represented at his reposing and funeral.

On his return from England, Mickey came to live with his aunt, Mrs Reilly in Cartron and he then met Maura and soon they were married and started their great family.

Many will have fond memories of Mickey and Maura delivering bottles of milk throughout the town of Granard as they rattled along in their little yellow Morris Minor van.

I often wondered how they got the run finished as Mickey was never in a hurry and always chatted with all his customers and indeed if there happened to be a thirst on him he would nip in some place and have it taken care of.

As the years passed and the Harkin family got bigger, Mickey went on the country with his tractor and mower and baler and again he enjoyed meeting people and telling his stories of his days in London and as he said himself all the craic he and his friends had.

Mickey had a great way of telling a story or a joke and could dress it up to make it even better every time he told it. Mickey loved football and attended a lot of games and it was no trouble to him to thumb a lift to Dublin for a game in Croke Park.

He was a great family man and was proud of all his families achievements and indeed that humble pride and kindness stretched out to his extended family and both he and Maura were always willing to help family when the need arose.

For a number of years before retiring Mickey was employed by the late PJ Mathews and again he made lifelong friends on the different sites throughout the county and further afield as he worked and told his many jokes and stories.

There was always a warm welcome in the Harkin home in Cartron and the many callers who came to see Maura on council business were always treated to a story from Mickey and a cup of tea from Maura or one of the family.

Mickey's remains reposed in the family home on Friday and Saturday, June 15 & 16, and large crowds came to say farewell to a much loved husband, father and granddad and as his removal travelled up the hill to St Mary's in Granard the hearse was flanked by a number of guards of honour by St Mary's football club and Ballymore Ladies club, along with the local Fine Gael party and show society all of whom Mickey and the family were deeply involved with.

On Sunday afternoon, June 17 the church was packed for his funeral Mass and family friend Fr Simon told us of Mickey's great faith and of his many visits to him and how he was treated to several of his jokes and stories.