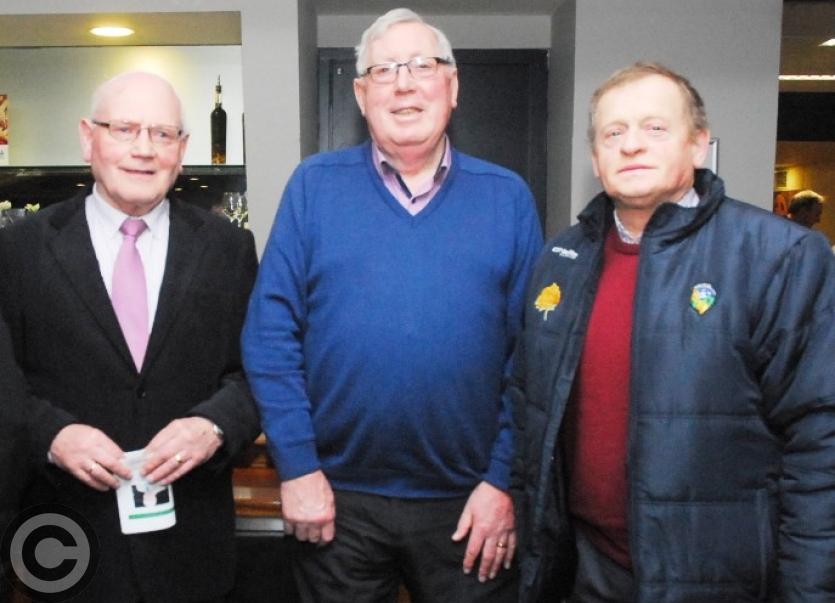 The late Shay Reynolds (centre) pictured with Leitrim GAA County Board President Andy Redican and Jim Meehan at the 2017 launch of the Leitrim Supporters Club in Croke Park. Photo by Willie Donnellan

The GAA community are in mourning following the passing of former Leitrim Supporters Club Chairman Shay Reynolds on Sunday morning.

The popular Bornacoola man passed away on Sunday morning after a short illness and in a post on the Bornacoola GAA Club Facebook page, Shay was described as “one of the greatest GAA men that ever walked this county and he served the Association in many differing roles” and “A genuine soul that will never be forgotten”.

Bornacoola GAA Club’s tribute read: “It was with great sadness that we learned of the sad passing of our Club President Shay Reynolds today (Sunday 15th). We know that sentiment is shared by so many throughout the wider GAA family.

“Shay was hugely respected as a person in Bornacoola, Dromod and surrounding areas over his lifetime. A great man to have in our parish, a leader and champion within his community on many differing fronts. His personality and kindness stood out. He was a special man. A genuine soul that will never be forgotten. His positive attitude and values are an example to us all.

“Shay was one of the greatest GAA men that ever walked this county and he served the Association in many differing roles. I know that is shared by so many people throughout the wider GAA family,

“Shay was held in extremely high regard and his company was enjoyed by so many over the course of his long involvement with the GAA in so many different capacities, from player with Bornacoola and Annaduff to Scor performer, Referee and club and county administrator .

“He left an indelible mark on Cumann Lúthchleas Gael and his passion for our games and activities was only matched by his involvement with many community organisations in Bornacoola and Dromod.

“He will be sorely missed and Bornacoola GAA would like to offer our sympathies to his wife Mary, his sons Cathal and John, extended family, his wide circles of friends and admirers.May Shay rest in peace. Ar dheis Dé go raibh a anam.”

Shay was predeceased by his parents Jim and Dolly, his brother Gerry and his son Kevin and will be sadly missed by his heartbroken wife Mary, sons Cathal and John, son in law Simon, daughter in law Nicola, grandson Kian, granddaughter Laila, sisters Maureen Hanley (Strokestown) and Betty Murray (Greystones) brothers in law, sisters in law, nieces, nephews, relatives, neighbours and many, many friends.

Shay will repose at his home at Clooncolry, Dromod on Tuesday from 2 pm until 8pm with removal on Wednesday to arrive at St. Joseph’s Church, Cloonturk, for funeral Mass at 12 noon followed by burial in the Cloonmorris Cemetery.