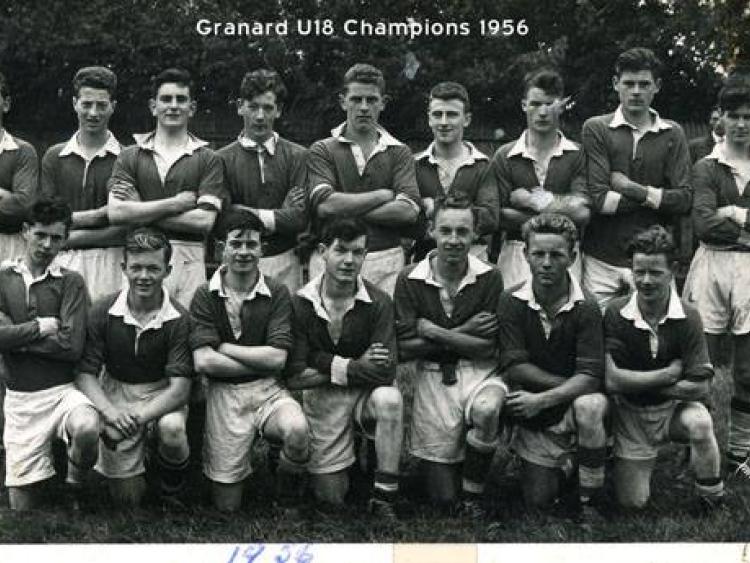 The late Luke Kiernan, (extreme left on back row), pictured on the St Mary’s Granard team that won the Longford Minor Football Championship in 1956.

There was much sadness in the Streete and Granard areas this past week following the death on Sunday, March 4 of highly respected farmer, Luke Kiernan, at his home in Boherquill, Lismacaffrey, Westmeath.

Luke was very much part of all that was good in the parish of Streete.

He was a co- founder of the local Group Water Scheme, a founder and very active committee member of Streete Community Development association and Streete Parish Park.

Luke was one of the original members of St Fintan’s Cemetery and he was also a prominent member of the Irish Farmers Association (IFA) local branch, the GAA, Fianna Fáil and much more.

In his younger years, Luke played gaelic football with St Mary's Granard and he featured during one of the most successful periods in the club’s history.

St Mary’s Granard posted the following tribute on their Facebook page: “Luke was a very handy footballer and played on successful underage teams in the 50's. His finest moment was in the Co Minor final in 1956 when Granard overcame Longford Slashers by 2-8 to 0-6.” Luke also played junior championship and league with St Mary’s.

The post concluded, “St Mary's wish to express our sympathy to his wife Ann and family.”

Luke lay in repose at his home on Tuesday, March 6, with requiem mass taking place the following day in St Mary’s Church, Boherquill, followed by burial in the adjoining cemetery.