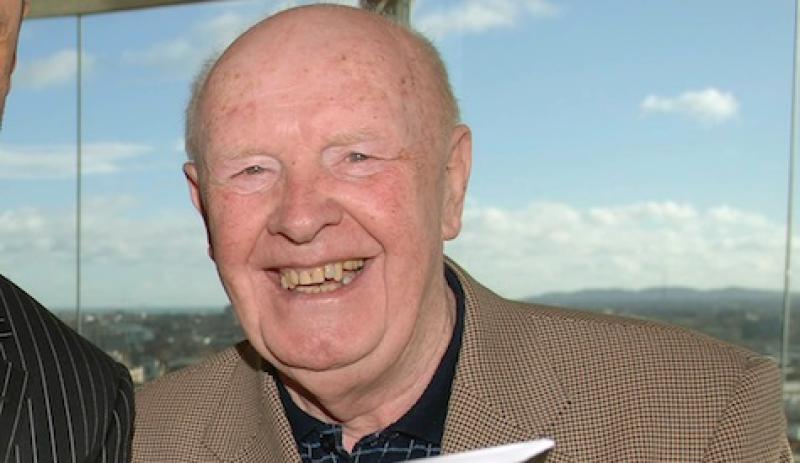 The late Charlie Walker, who was was Longford Town's first manager when the club joined the League Of Ireland.

Longford Town FC and the Football Association of Ireland are in mourning following the death of former Republic of Ireland youth international team manager Charlie Walker. Charlie was Longford Town's first manager when the club joined the League of Ireland in the 1984/85 season.

"The sad news of his death circulated at the weekend and the club would like to extend our deepest sympathies to his family.

"Charlie was previously with St Patrick’s Athletic and it was he who put Paul McGrath into the Pat's team as a youngster and the rest in history. RIP."

Walker managed the Ireland Under 18s during the early 1970s with a squad that included the likes of Liam Brady, Frank Stapleton and Don O'Riordan, competing in the 1973 UEFA Youth Championships Finals in Italy.

He was a well-known figure in the League of Ireland for many years with St Patrick's Athletic, Longford Town, Home Farm and Shamrock Rovers, where he managed the reserves for a spell.

The Dubliner was instrumental in bringing Paul McGrath to St Pat's from Leinster Senior League outfit Dalkey United in 1981.

He passed away sadly at the weekend after a short illness. He was, beloved husband of the late Rose and loving father of Linda, Derek and Joan. He will be sadly missed by family and friends.

FAI CEO John Delaney said: "It was with great sadness that we learned of Charlie Walker's passing at the weekend. He was a great football man and I recall he managed St Patrick's Athletic in the 1980 FAI Cup Final against Waterford and also managed our underage teams with great pride. We will pay tribute to him in the Ireland-Austria match programme. Our thoughts are with his family at this time."

Republic of Ireland U21 head coach Noel King said: "I played under Charlie for many years with Home Farm. He's a great loss as a person first and foremost but he was well known throughout the game as a great character with an eye for a player. We all remember well how he brought Paul McGrath to St Pat's. He was also interested in all aspects of the game and his interest in coaching had an influence in my own move in that direction."

FUNERAL ARRANGEMENTS
Reposing at the Brian McElroy Funeral Home, Crumlin Village on Wednesday, May 17 from 9pm. Funeral on Thursday after 11am Mass in St Teresa's Church, Donore Avenue to Mount Jerome Crematorium. Family flowers only please. Donations in lieu to the Laura Lynn Foundation.