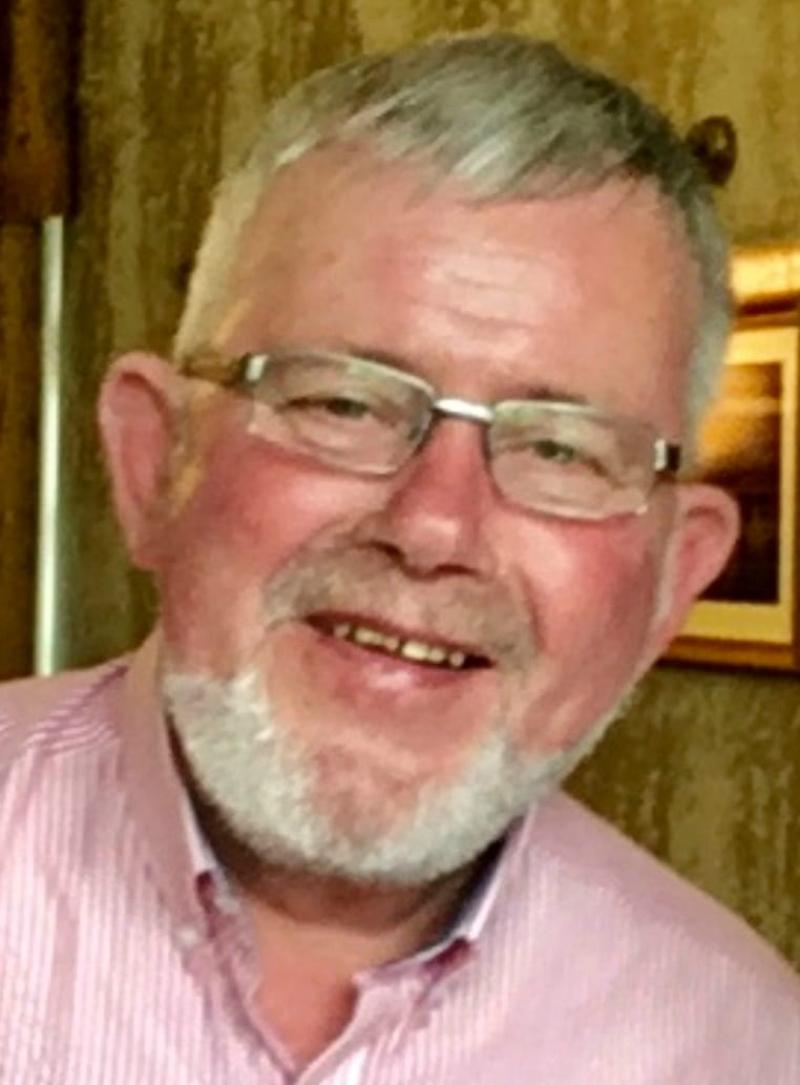 An air of sadness and shock spread across the parish of Mullinalaghta on Monday, August 1 as word spread of the death of J.P. Donohoe, Larkfield.

J.P. had been battling against illness for the last sixteen months but had remained in good form until very recently.

J.P. was the son of Michael and Kathleen Donohoe of Larkfield and was one of four children along with his twin brother Michael and older sisters Maureen and Marcella.

He began work at a young age as a barman in the Grand Hotel in Malahide but returned home to help manage the farm as well as working for many years both in Coillte and Lite-Pac in Granard until his retirement in 2020.

J.P. met the love of his life Bernie Sheridan at a dance in Drumlish and brought her from Granard to Larkfield after their wedding in 1981, where they were soon to be joined by their children Ellen-Marie, David, Kate and Kristine, whose successes both on and off the football field J.P. took great pleasure in, being a devoted attender at both Mullinalaghta men’s and ladies’ games.

J.P. had a great love of nature and animals and was never happier when in the woods and fields, and his pleasant and helpful disposition ensured that he was a popular and well-liked member of the community, with the large crowds of sympathisers who attended the wake house on Monday and were present at the funeral and burial on Wednesday, August 3 being a testament to the high regard in which he was universally held.

We wish to express our sympathy to his wife Bernie, his daughters Ellen-Marie, Kate and Kristine, his son David, his brother Michael (Larkfield), his sisters Maureen (Tullamore) and Marcella (Granard), his son-in-law Ruairí, his grandchildren Éabha, Rian and Niamh of whom he was so proud, his sister-in-law, brothers-in-law, nephews, nieces and a large circle of neighbours and friends.