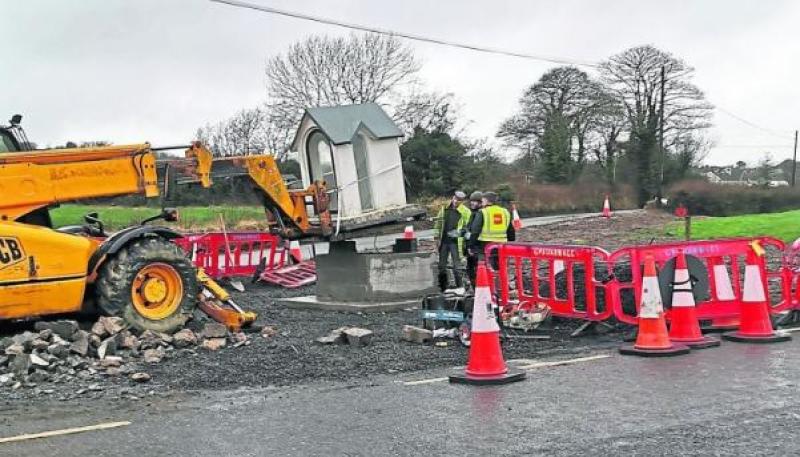 Not since the eighties has there been the sighting of moving statues in Ireland.

That was until last weekend when work on a low cost safety scheme at the junction with Smear cross got off the ground.

The venture, aimed at improving sight line access for motorists and road users, recently got the go ahead after talks at local Municipal District level.

There has been numerous calls over the years for improvements to the junction, which has proven difficult due to the proximity of the Smear Cross Shrine.

The Shrine was erected in 1954, known as the Marian year, it is dedicated to honouring Our Lady. The Shrine has been a significant focal point to the people of Smear and surrounding areas over the years.

As part of the low cost safety scheme a new railing surrounding the monument will be installed.

This will replace the original railing that has been damaged by passing traffic over the years and in order to preserve the new railing it is due to be re-positioned.