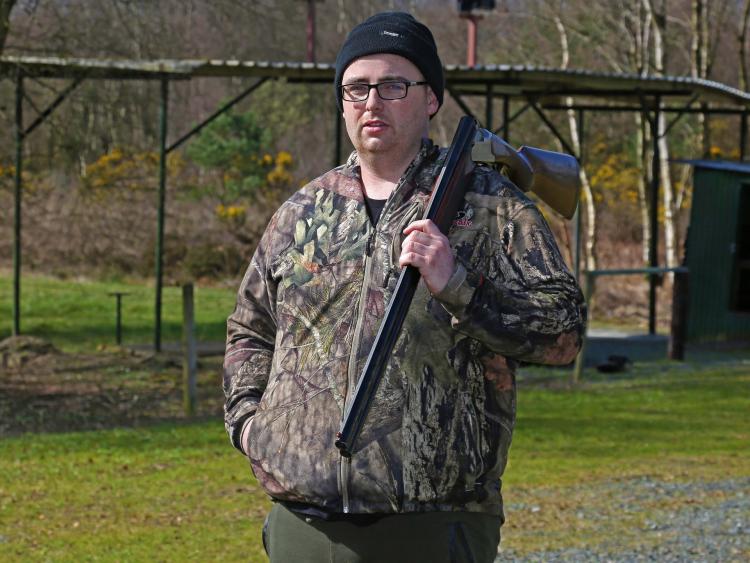 Over the years more people have become involved and the club now has 25 members on its roster, all aged between seventeen and seventy years old. They also have their own base, officially opened in 1982. Members are not only based in the Longford locality, with some even hailing from as far as Dublin and Kildare.

“You can join the club from fourteen years of age up,” Chairman Richard Flynn explained to the Leader.

The club are always looking at ways to encourage young people to get involved and Richard says he only joined himself after encouragement from his father.

Richard said: “My father got me into the shooting years ago and I want to keep that going.

“We try our best to encourage young people to come in, have a bit of a laugh and some craic.”

The main activities carried out by the club, are shooting orientated. This includes social activities such as clay pigeon shooting and other shooting activities which are of benefit to the locality. Members can also enter into competitions throughout the year, should their competitive streak be in need of suppressing.

Richard noted: “At the minute we are doing more vermin control than anything, helping farmers protect their livestock. We try to help them as much as we can.

“You can also enter into competitions and actually make a name for yourself out of shooting.

“The club gives the members an opportunity to go out and have sometime to themselves and you make new friends out of it too.”

Anybody interested in getting involved can do so by contacting Richard himself on 087 296 0881. There is one rule, however, as any potential club members must first be voted in at the club’s annual AGM.

Richard said: “If you are interested in shooting or joining, just come out for the day and watch us shooting clays.
“We will always try to help young people learn how to shoot.”

There is very much a family-feel about the Abbeylara gun club and Richard hopes to inspire future generations to join in the coming months. He also hopes his two sons will one day follow in his footsteps.

“I will stay in the club as long as I can and hopefully by then, my two boys can follow in my footsteps.

“It is just like a big family at the end of the day.”

So what are you waiting for, pull the trigger and join the Abbeylara gun club.