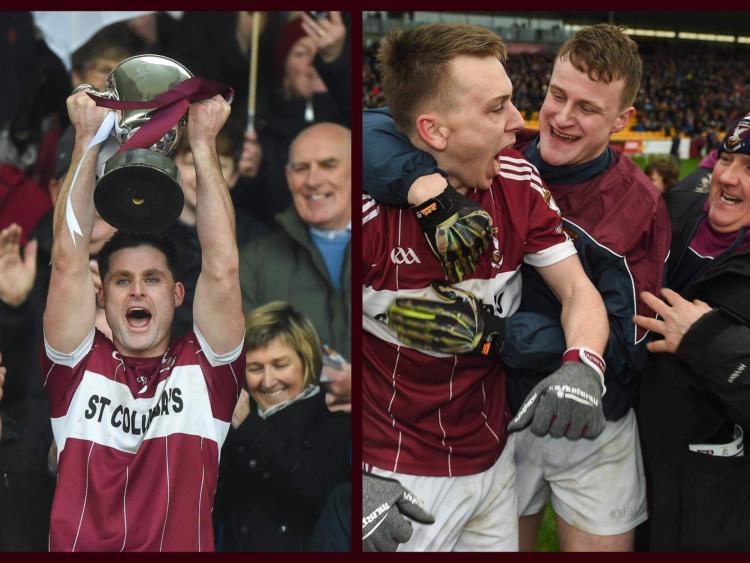 Regarded as the rank outsiders against Kilmacud Crokes and unknown to many, the proud North Longford club put themselves firmly on the world map with their seismic 1-8 to 1-6 triumph over their much vaunted opponents. Here is a flavour of the reaction on Twitter to Mullinalaghta's memorable win......

YESSSSSSSSSS Mullinalaghta that small, rural club in County Longford have beaten Dublin champions Kilmacud Crokes to claim the Leinster Senior Football Title on a scoreline of 1-08 to 1-06. What a performance from Mickey Graham's side.

Well I can tell you that our Pub, Keogh's in Mullinalaghta is open now and won't be closing too early tonight! It may only be a half parish, but it's home and family, and tonight Champions!

From 1980/81 Longford GAA Yearbook on Mullinalaghta. The club entry closes with an appropriate quote from JFK... "May its future be bright as it's past was glorious". @OfficialLDGAA @AIB_GAA @gaaleinster pic.twitter.com/KTj2o6XKJW

Great day for the parish when the other half of it bring home the Leinster Cup. Well done Mullinalaghta on becoming the AIB Leinster Senior Champions. Enjoy the celebrations https://t.co/CW4PLzlRDQ

Mullinalaghta have just put on a masterclass, tactically they were spot on. Unbelievable result to be Leinster champions for such a small parish

Forget what you are doing, pack a sleeping bag and head for Mullinalaghta, Co Longford !!! They just completed one of the most remarkable victories in GAA history #gaa #TheToughest

What a win for Mullinalaghta and all Longford GAA. There will be a bit of a party there tonight I’d say. You have to love the club championship

David slays Goliath! Shows what a passion for the game and a hunger can do! Proud to be a north Longford man! Well done Mullinalaghta! Paddy Fox man of the match! #LongfordAbú #Laoch #WheresMyVoice

Congrats to Mullinalaghta. Fantastic achievement! Some purple patch in the last 15 mins after looking down and out. Poor from Crokes. Primary objective of Gaelic football is to score not play keep ball around your own 65! Not direct enough #GAABEO #GAA

And that my friends is the beauty of our brilliant game MULLINALAGHTA what a performance , what a win !!! For a half parish to that gives hope to every small club in the country , #mickeygraham take a bow !! #gaa #TheToughest #aibgaa

Maybe Mullinalaghta win was written in the stars - the Longford senior footballers won their only Leinster Senior Football championship 50 years ago, so what better year for the county to win a first ever Leinster Senior Club Championship.

Told Jayson Matthews a few months ago up in Coppers that I'd back them to win the Leinster. Coppers really is the Land of opportunities #Mullinalaghta

What a day to be from Longford.
Brilliant by the men from Mullinalaghta

This is one of greatest moments in Longford's sporting history. Whole county proud of that wee parish and those lads. A movie in it surely, a bigger fairytale than Leicester city: Mullinalaghta shock Crokes to win Leinster crown via @RTENewsNow https://t.co/zc4LnmdlKq

Just to to think James Mc clean is the present @RTEsport star of the year for doing nothing last year, this year we have the rugby team the ladies hockey team & now #Mullinalaghta and only one can seemingly win a team award, RTE needs to create an award for a ladies&amateur team

Will there even be mass said in Mullinalaghta until after Christmas!!! What a result. Sometimes it’s a number game...sometimes it just comes down to how badly you want something. #Mullinalaghta #club #family

Genuinely disappointed for our neighbours @KCrokesGAAClub but what a result for #Mullinalaghta - truly shows what the GAA & sport is all about. Massive congratulations - will be some party in Longford tonight.

This is what the GAA Club scene is all about. #Mullinalaghta are an inspiration to all Clubs the length & breath of this Island who operate from a small population base, similarities with @caltra_gaa in 2004 are hard to ignore. Congrats to @OfficialLDGAA #historic pic.twitter.com/JFTZhUPTn5

That is why I love irish sport . What a win for the Mullinalaghta boys https://t.co/reGCW2CgAv

Mullinalaghta @TheLaurelsM what absolute heroes. You have made Longford very proud. Commentary by John Duffy and Liam Tierney on @shannonsidenews will long live in the memory. #GAA

This week twitter was all about the Fairytale of New York. Tonight it's the Fairytale of Longford / Fairytale of Mullinalaghta. Fairytales do come true. Welldone to the team, squad, management and mentors. This is an outstanding achievement. https://t.co/WJbfaXEPwV

Rare marketing opportunity now available. One of GAA's teams of the year Mullinalaghta do not have a jersey sponsor. Make hay while the sun shines and all that..#GAA

@TheLaurelsM
Occasionally, beautifully, a story unspools, seduces a neutral.
A tear to the eye, a shiver to the soul.
Amid rural depopulation.
With odds freighted impossibly the other way.
Mullinalaghta.
Gorgeous.
And they say there is no Santa.#TheToughest #GAA

My niece teaches in the National School in Mullinalaghta. It think there’s 42 students in the entire school. 1 in second class alone. Underscores the incredible achievement of @TheLaurelsM.