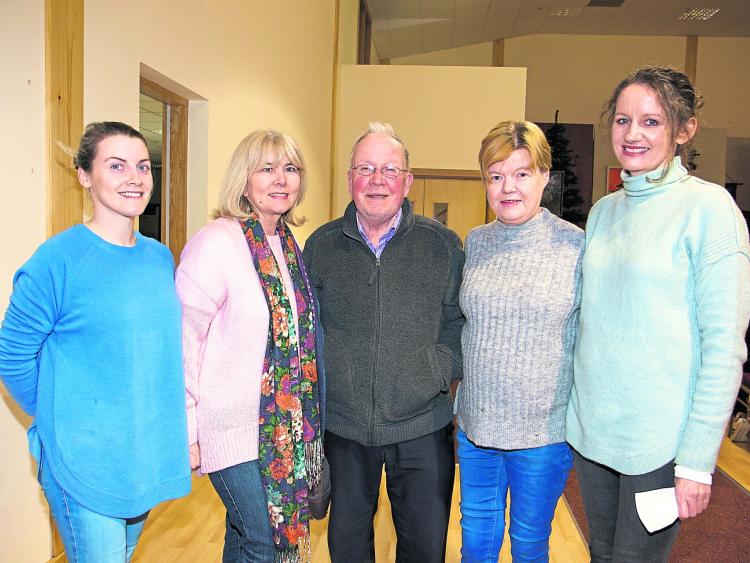 Abbeylara Parish Centre was the venue for an evening in which the unsung efforts of the north Longford parish's Tidy Towns organisation was acknowledged.

The occasion, which followed Mass in the adjacent St Bernard's Church, was held in anticipation of the group's 60th anniversary with the competition next year.

Mr Nolan is widely known throughout the county for his grasp of the Swift family, one of Ireland's fastest flying birds.

There were contributions too from Abbeyshrule's Philip Butler, who spearheaded the south Longford village's crowning as the country's overall Tidy Towns winner in 2012.

Arguably the most intriguing element to the event came from Bernadette Grier, who delivered a insight into the history and life and times of the parish.

The gathering, as Chairperson Marcella Kelly alluded to, was also designed to entice more people from the locality to join forces with those already aligned to Abbeylara's hardworking voluntary committee as it gears up for its Diamond Anniversary in 2018.