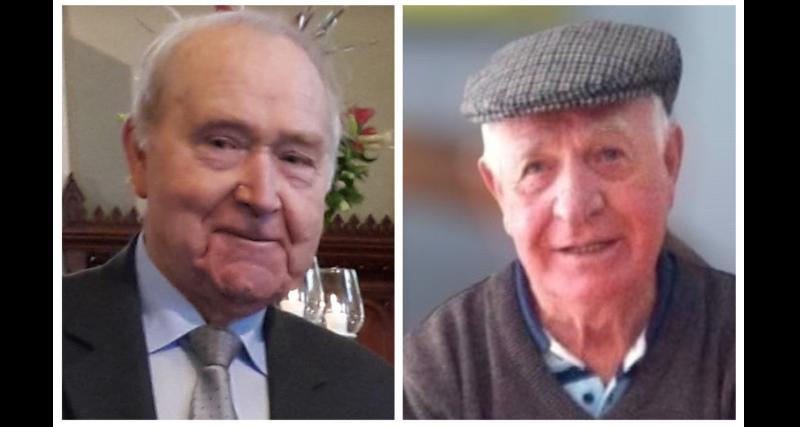 Fr Manning Gaels GAA was saddened by death of two club stalwarts - Frank McNamee and Paddy McWade - in the past week.

Frank McNamee RIP
The club was deeply saddened to learn of the passing of one of our truly great clubmen and supporters, Frank McNamee Snr, last week.

Frank served as both minor chairman and senior chairman as well as having various other roles at executive level for both St Vincent’s and Fr Manning Gaels. He also helped out with many teams in the club over the years. Our great facilities in Monaduff are thanks in large part to Frank’s chairmanship and fundraising efforts.

A gentleman through and through, he will be sorely missed by all of us.

For the second time last week we were heartbroken to learn of the passing of another Gaels legend when Club President and star forward of the 1950s, Paddy McWade, went to his eternal reward.

Paddy was a classy inside attacker, who was a key figure on the senior championship winning teams of 1951, 1953 and 1955. He also won a Leader Cup in 1953 as well as many other tournaments including the prestigious Feis Cup during that successful period.

Westmeath based, but the club was always at heart and Paddy kept up to date with how his beloved Gaels were going his whole life. In recent times Paddy contributed massively to the historical research of the club. He will be greatly missed by all in our club.