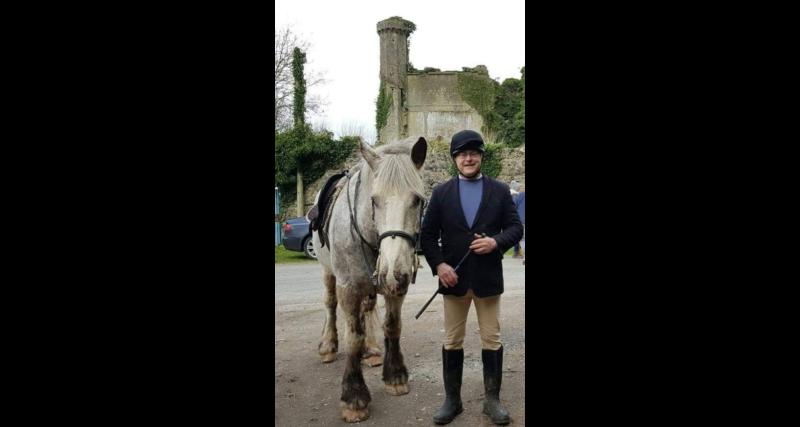 We were all shocked and saddened to hear of the sudden death on Monday, March 15  of Fergal Trayers, Tang, Ballymahon, Co Westmeath to the inexpressible grief of his family.

Son of Tom and Philomena, he was a past-pupil of Ballymahon Mercy Secondary School and Athlone Institute of Technology and was a former employee at Ericssons in Sweden and Athlone.

His Dad, Tom is well known in Ballymahon as he was involved many years ago in setting up the Rural Transport in the area and was also very much part of the setting up of Ballymahon Day Care Centre.

Born in 1970, Fergal was an absolute gentleman who was thoughtful and caring at all times. He was compassionate to humans, animals and machinery alike.

Fergal looked after his mother with great care and attention especially since he moved back home. He had a great sense of humour and always stopped for a chat, he always had a story to tell.

Fergal loved hunting and he was a gifted horseman. He was a member of Glasson Farmers Hunt and will be sorely missed by all his friends there and indeed by all who had the pleasure of knowing him. Just recently, on March 1, he took part in their virtual 5k challenge.

Fergal also had a great interest in cars and vintage jeeps and fixing machinery. He enjoyed music, they say he was a big fan of Bob Dylan.

One of the gifts brought to the altar at his Funeral Mass in Tang Church which was celebrated by Fr Gerry Murphy, was a CD of Bob Dylan, a steering wheel from a tractor, also his riding helmet, his wool cap which he always wore and some toy animals.

We extend our sincere sympathy at this sad and difficult time to Fergal’s parents Tom and Philomena, to his sisters Maria, Fiona, Sharon and Elaine, he was always there for them, to his brothers-in-law, Barry Sheehan, Andrew Coghill, Willie McCormack and Brian Kilmartin, to his nieces Mary, Caroline, Annie, Emily and Cariosa, and nephews Oisin, James and Luke, godson Ruairi Kilroy, aunts, uncles, relatives, his friends from far and wide, his neighbours, not leaving out his beloved animals, especially his dog Ben. Fergal’s remains were interred at Temple-a-valley Cemetery.

A huge number of family, neighbours and friends lined the road as his cortege passed, it bore testimont to the huge respect which has always been held for Fergal and his much-loved family in the area. And as his sister said at the Mass “Rest easy Fergal, Your work is done”.