Story of the late Thomas Beirne to be remembered in booklet 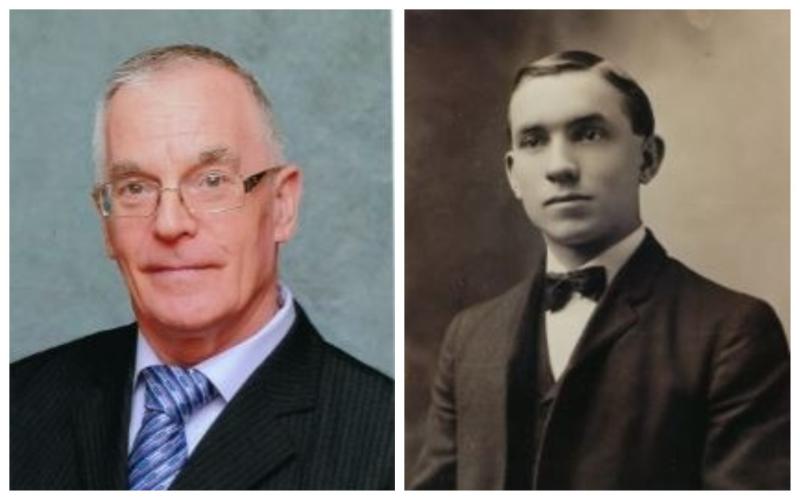 Author Des Guckian (left) and the late Tom Beirne. This photo was taken in the US

A number of commemorative events are in the process of being organised to remember Thomas Beirne (1879 - 1921), who was killed by The Black & Tans.

Covid-19 has disrupting commemorative ceremonies, but Tom will be remembered in a booklet, a plaque and other events, like a trans-Atlantic concert, as soon as restrictions allow.

Des Guckian, who has written a booklet on Tom’s life and death, explained, “My grand-uncle, Thomas Beirne, was a victim of The Black & Tans. He was 42 years old when he was brutally shot and left for dead, near Fearglass, in Gortletteragh parish, close to the Leitrim / Longford border.

“His ‘crime’ was that he wished to free Ireland from British Imperial domination. A week later, on May 1, 1921, Tom died in the care of my grand-mother. She was Margaret Campbell (nee Beirne), wife of Pat. They and their six children lived at Cloonohill, which is about a mile from Fearglass.

“Margaret was very afraid that the Tans would come back, shoot dead everyone in the house and then burn it. That was what happened in many similar cases all over Ireland. Margaret put everyone out and she remained as lone sentry and nurse for the next week. The children were sent to their aunt and uncle’s home.

“Tom was a native of Eddercloon, Co Longford, near Rooskey village. He was buried in Cloonmorris cemetery, in the Campbell plot and not in the Beirne plot. This was to throw any Tans and any curious spies. Shots were fired over Tom’s grave by the local Volunteers.

“Tom was one of three unarmed men that were shot dead by the Tans in Co Leitrim. The other two were Patrick Gill, at Drumsna, on September 10, 1920, and elderly James Connolly, Kinlough on September 14, 1920.”