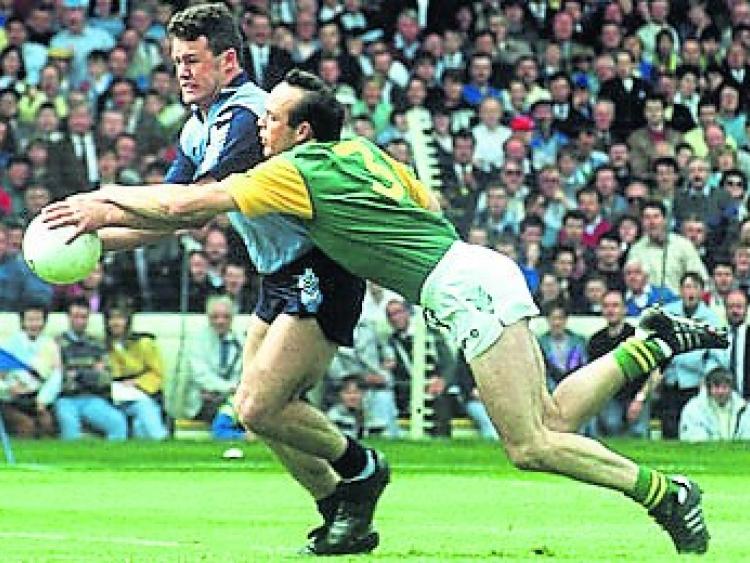 Sean Boylan was given a great celebration of his life and times, in the RTÉ documentary of last Thursday. Never was such an ordinary yet extraordinary man given such accolades.

Not every GAA follower was pleased I’m sure, as Meath we’re regarded as a tough uncompromising side, in those hectic years.

But they weren’t alone; football at that time was a physical affair, and all-in riots were the order of the day. Even in Sean Connolly’s!

Two of the memorable headlines from Meath games in those days were “Nice guys finish last”, and “Blood and Thunder in Croke Park”.

The fact that Meath usually won, might have engendered envy, in some.

But that Meath team was one I, and many others, admired for many years.

I attended many of their training sessions, and became friendly with a few of the Meath players.

Robbie O’Malley, Liam Hayes, were two of the players with whom I had a great relationship, which has lasted to this day. Both gifted players, nice fellows, both stylists, who tried to play the game with finesse and style.

The team had such a bad press, that some almost overlooked their innate ability and the grace with which they could move the ball from one end of the field to the other. That Meath team was blessed with some glittering footballers. Not every GAA man will be admirers of that team, but they really had some unique talent in their ranks. A super team.

It was interesting to hear them talk about “that night in Scotland” when they talked and sang until they could imbibe no more. Until the small hours of the morning. Unheard of, even in those looser, relaxed days. They had drawn three times already with Dublin in the saga to beat all sagas.

The fourth meeting was scheduled.

Boylan took them, with all wives and girlfriends, to Scotland, for the weekend before the next round.

They learned about the trip at the last minute - 24 hours before - and it worked. The team was bonded like never before.

The day of the fourth match, I knew in my heart that they’d go through walls, and anything that came between them and victory.

They played superb football, with a terrifying, fearsome, tough attitude, every last man living the strategy discussed in Scotland, to the letter.

Sean deserved the documentary. He was, and is, a unique and humble man.