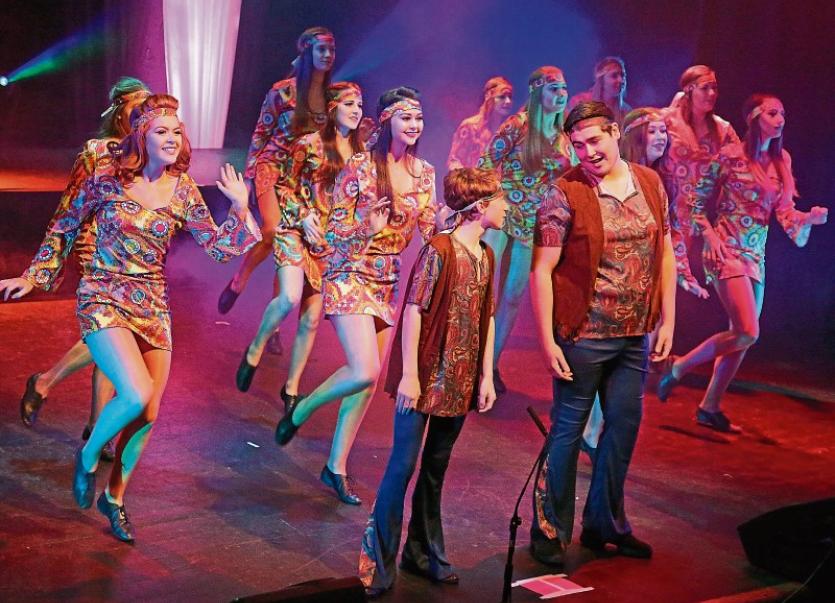 When did you start Evolution and why?

We both started Evolution when we were 13 as we knew a few friends who did it and kind of knew we wanted to do acting, singing or dancing as a career.

What is your favorite part of Evolution?

Doing the musicals as it involves singing, dancing and acting. We love doing a bit of everything.

How often do you practice?

We practice six hours on a Sunday when a show is coming up and practice for three hours every Saturday.

Do you take part in any of the Evolution shows?

Would you recommend Evolution to young people?

Yes as it boosts your confidence and helps you find yourself as a person and gives you an idea of what you want to do when your older.

Are there any people that inspire you?

(Leia) I would look up to Saoirse Ronan as I love the work she does and how strong she is as a person.

(Aishling) Demi Lovato inspires me because I love how strong she is and her documentary made me realise what an amazing person she is; she also has a brilliant voice.

Have you any other hobbies?

(L) Yes I play Gaelic football, piano and do swimming which I really enjoy. I also used to do horse riding which I want to get back into.

(A) I enjoy playing the piano and guitar. But Evolution would be my top hobby.

Do you think performing arts and drama is increasing in Ireland?

(A) I think performing arts and drama is becoming more popular in Ireland as it is fantastic and gets a lot of support.

Where do you see yourself in ten years?

(L) I would like to be persuing my acting career and hopefully be in some movies and TV shows. I also want to be happy and content in myself.

(A) I would like to have my own album and be a successful singer and hopefully be in a musical like Mamma Mia. Obviously be happy as well.