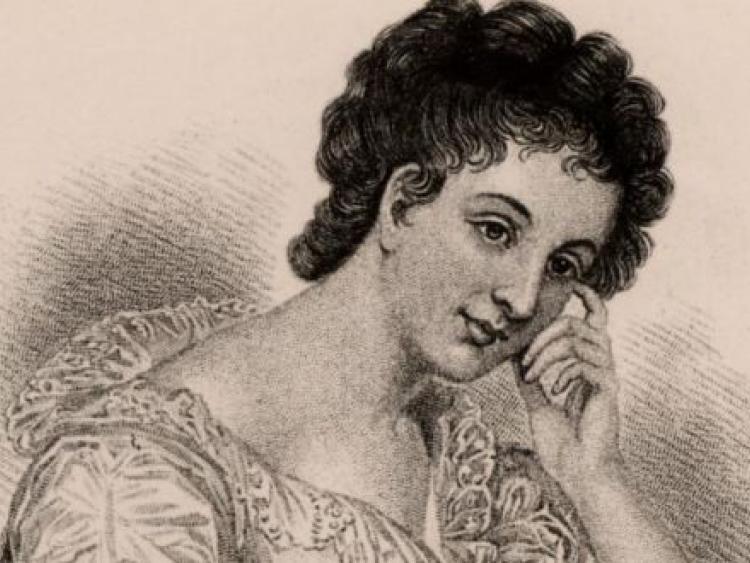 Edgeworthstown, has a close connection with the history of Paris and Notre Dame.

A cousin of the famous novelist and writer Maria Edgeworth, Abbé Edgeworth, born in Edgeworthstown, who's father converted to Catholicism, was vested with the powers of the Archbishop of Paris Monsignor Antoine Le Clerc, de Juigné on the latter's flight to safety in Germany from Paris in 1792, hence grand-vicaire (vicar-general).

He went on to be confessor to Louis XVI and administered the last rites to the king on the scaffold at his execution in 1794.

On his death, the king in exile did him the rare honor of personally composing his epitaph;

“Here lies the Very Reverend Henry Essex Edgeworth de Firmont, a priest, of the Holy Church of God: Vicar General of the Diocese of Paris, etc., Who following in the steps of our Redeemer, was an Eye to the Blind, a Staff to the Lame, a Father to the Poor, and a Consoler of the Afflicted.

“When Louis XVI was delivered over to Death by his impious and rebellious subjects, he gave the resolute Martyr strength for his last struggle and pointed out to him the opening Heavens.

“Snatched from the hands of regicides by the wonderful protection of God, he voluntarily attached himself to Louis XVIII, when he signified his wish for his services to whom and to whose Royal Family and Faithful Comrades, he proved himself for a space of ten years, an example of Virtue and an Assuager of misfortune.

“Driven from kingdom to kingdom by the calamity of the times, he went about doing good, ever like to Him who possessed his sole devotion. At length full of good works, he died the 22nd May, the year of our Lord, 1807, aged 62. May he rest in peace.”

The Maria Edgeworth Literary Festival takes place from May 9 to 12.