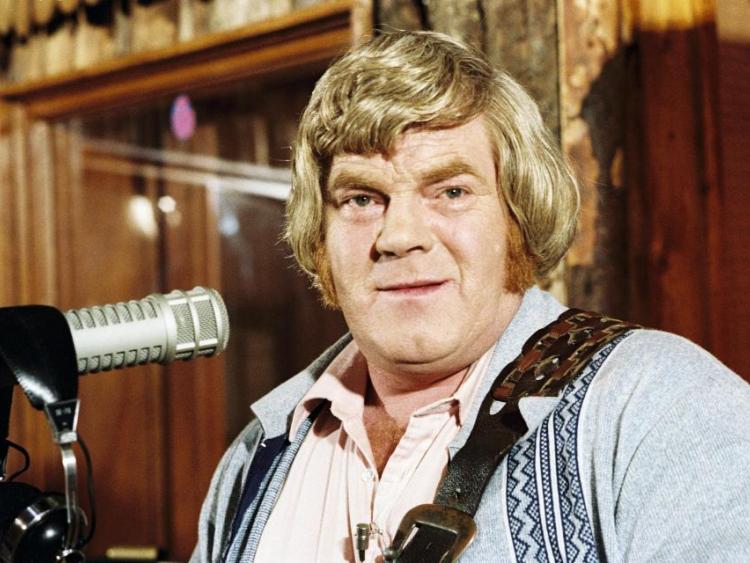 On April the 17th of 2018, the world of country music were very saddened to hear of the passing of Big Tom.

I myself was very upset as for a long number if years I had been very friendly with Tom and Rose both on and off stage.

Only four days before he had a bad fall which resulted in health complications which shortly after lead to his passing.

I had the great pleasure of speaking to him in his home in Oram in Castleblayney, we had a great chat.

It was all about music and vintage tractors, little did I know when I left that night I would never see him again.

It came as a tremendous shock to me when when I received the news. I remember one such episode back in 1986 at the Longford community Radio Awards in the Castle Court hotel in Mohill which was organised by the late great Noel Cassidy, I myself was one of the DJs at the time.

However, I did a spot playing the accordion with Big Tom and the Mainliners. On the night my accordion at the time wasn’t in great shape.

I’ll never forget what Tom said to me later on that night: "If you don’t mind me saying you’re a great man that’s able to play that scruffy accordion, you should have been a magician instead of a musician”.

He was so witty. Noel Cassidy and I, years ago used to play as a two piece band in Tom’s bar, the Old Log Cabin on a Monday night in Blayney and we were treated like royalty by Tom and Rose to say the least.

Apart from the stage with Tom, I also had the great pleasure of working together on vintage tractors at the family home.

Every morning Rose would have tea and toast to start the day. There were no airs or graces at all, it was a very welcoming and friendly atmosphere.

I was looked after more than well and I had some great times with Rose and Tom. I remember when I interviewed Tom for my own radio show “ Radio Chaparral” , I asked him: “ In what year did you marry your good wife Rose?”

He said: “Well, it was in the sixties anyway”.  He knew Rose was listening and was messing with her. I don’t believe I’ve ever seen two people that were so meant for each other than Tom and Rose.

I knew from the last time I talked to Tom that he would never get over the loss of his everything, his soulmate Rose.

As I wrote earlier I had been on stage many times over a number of years with Big Tom at various events, but I had the pleasure of knowing the off stage life of Tom and Rose.

There was another episode in the kitchen at dinner where Tom and I were talking about the usual tractors and Rose said:  "Don’t tell me you’re talking about scrap again?!”. Tom replied with a smile: “These women call it scrap and we call it machinery.”

Big Tom and Rose didn’t recognize the fame side of the music at all. Both Tom and Rose and the family, Dermot, Tom, Siobhan and Aisling were what we call the 'real people of Ireland' and that lives on in the beautiful family that Tom and Rose have left behind.

The funeral of Big Tom was so fitting for him as a fine tribute to his music and his generosity to everyone and his kind way of life.

The number of people and country stars  from all around the world at the funeral was testament to the high regard that Big Tom was held in, on and off stage.

I had the great honour to be asked to sing a song at the graveside, so I sang Jambalaya to say my final goodbye to the King Of Country, Big Tom.

To this day, any night that I’m on stage I always do a Big Tom tribute, with a few of his songs. There will never be another Big Tom and Rose.

The people of Ireland should be very proud and the same applies to the village of Oram and Castleblayney in what Big Tom has achieved in country music with all the lovely awards he got.

Big Tom and Rose did Ireland proud and it’s no wonder there’s a statue of Big Tom at the square in Castleblayney to honour a true great.

As for me it was a great pleasure to have known Big Tom and Rose, and I hope and pray they are happy in Heaven together.

I miss them both every day.