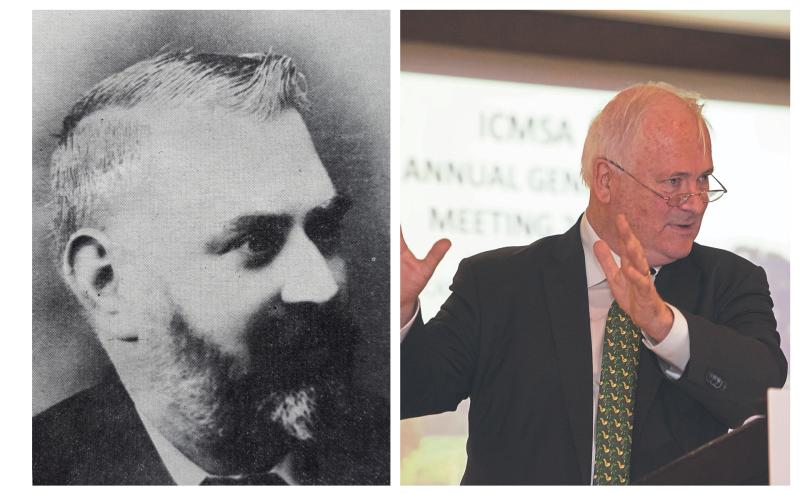 Former Taoiseach, John Bruton will unveil a plaque during a major commemoration of James P Farrell (1865-1921) in Longford town on Thursday, May 31.

Events will begin at 7.30pm, with the unveiling of a plaque at the office of Longford County Council on Market Square. The unveiling will be performed by former Taoiseach, John Bruton.

Afterwards, in St Mel’s College, there will be a lecture on Farrell’s life by his great-grandson, Dr Joseph Quinn.

The evening is being organised jointly by County Longford Historical Society and the Farrell family, with the support of Longford Municipal District, which gave permission for the plaque to be erected on the building.

“This will be the second unveiling of the JP Farrell plaque,” explained Hugh Farrell, chairperson of the historical society.

“Originally, it was on a building on the Ballymahon Street side of the square, but had to be removed because of renovation works. We are delighted that it will be back in a prominent public place,” he added.

“We must also remember that he was the first historian of County Longford, in that he wrote two books on the county, and for that reason alone, the society should honour him. But, of course, he had such a distinguished career in so many ways,” Hugh Farrell continued.

Lucius Farrell, JP'’s grandson, reflected on his grandfather’s life. “It is sad that he died aged only 56, and for the last three years of his life, he had to cope with the effects of a stroke. Of course, he had served spells in prison in earlier times, due to his involvement in land agitation, and that weakened his health,” said Lucius.

“The family are very pleased that the unveiling is taking place this year, in which there have also been commemorations of John Redmond, the leader of the Irish Party, and a colleague of my grandfather.”