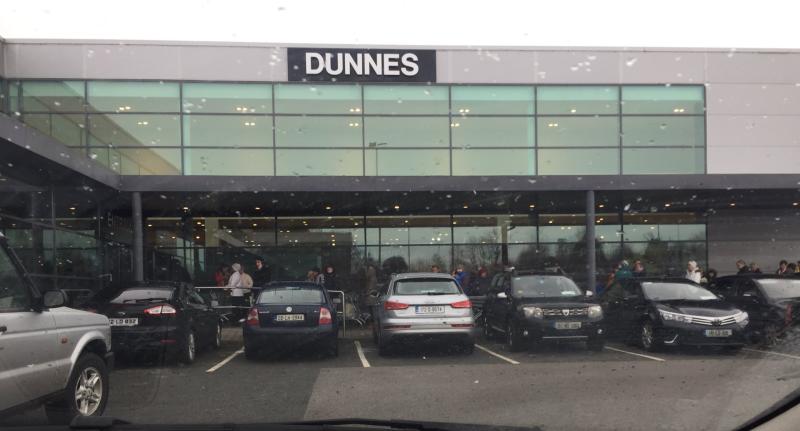 Hundreds of people flocked to Dunnes Stores in Longford this Saturday to stock up on essentials as the shop reopened for the first time since Storm Emma.

Large queues gathered outside Dunnes Stores on the Dublin Road to stock up on bread, milk and firelighters as the shop reopened after it was forced to close its doors on Wednesday due to the red weather alert.

“It was like Christmas Eve here today,” one employee said.

“From the moment we opened today, people were ringing to ask did we have milk, did we have bread, did we have eggs and you can understand the panic, if people are starting to run out. Luckily we do!”

“If staff can’t get in, Dunnes are advising people not to travel, not to take the risk on the roads,” the employee added.

A customer said, "There was grown men and women pushing each other to get the bread. It was crazy there alright but funny at the same time, I’ve never seen anything like it in my life.”

The majority of shops in Longford town and county have now reopened.