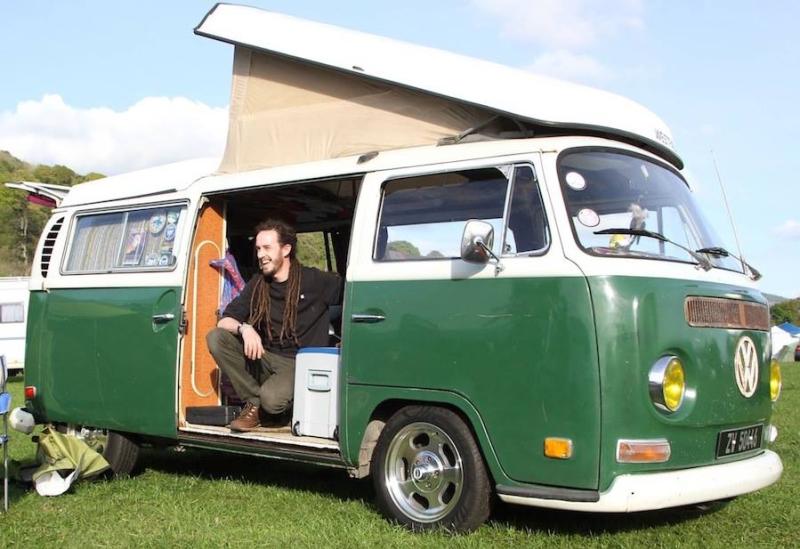 A fleet of the campervans parked outside The Church of the Nativity of Our Lady Ardee.

The 32-year-old VW campervan enthusiast was engaged to Ailbhe Dockery from Edgeworthstown and was very much loved in the area.

A fleet of campervans parked outside the Church of the Nativity of Our Lady in Ardee on Thursday morning, organised by and Type 2 Ireland.

Conor, who is a past pupil of Dundalk Grammar School, lost his life when the car he was driving struck a pole south of Ardee on the main N2 road at around on Saturday, January 27.

He was pronounced dead at the scene.

The organisers of Vantastival, the VW campervan-friendly music festival, posted a touching tribute to Mr Farrell on their Facebook page.

"It is with great sorrow that we pass on the news that our good friend and sometimes Vantastival crew member Conor "Skinny" Farrell passed away tragically," they said.

"Skinny was one in a million, a pure gentleman who made friends wherever he went. We are absolutely devastated to have lost him so young.

“Our thoughts and prayers are with his beautiful partner and all his family.

"RIP Skinny, you will leave a big hole in a lot of people's lives."

Mr Farrell was also a sailing enthusiast and Carlingford Marina posted a touching tribute on their Facebook page.

“We woke up on Saturday to the devastatingly sad news of the untimely passing of Conor ‘Skinny’ Farrell,” they said.

“The Farrells are a much-loved family around these parts and Conor was no exception.

“Whether your memories of him are as a young lad learning to sail in Carlingford Sailing Club, or covered from head to toe in grey antifoul from painting his granddad’s boat ‘4Boys’, he was always ready to greet you with a big smile and spread some good vibes.

“Our deepest sympathies are with his family and friends… A guy like that, who had so much love for the people in his life will be sadly missed.”

Conor will be sadly missed by his fiancée Ailbhe, his parents Paul and Louise, his sister Ciara and his brother Paul, sister-in-law Carol and nephew Oscar.

His grandparents Ollie and Irene Farrell, and Maura Duffy. Angela Dockery and the Dockery family of Edgeworthstown, his aunts, uncles, cousins, relatives, neighbours and many close friends.