Joseph O'Connor's 'Star of the Sea' to for Backstage Theatre show 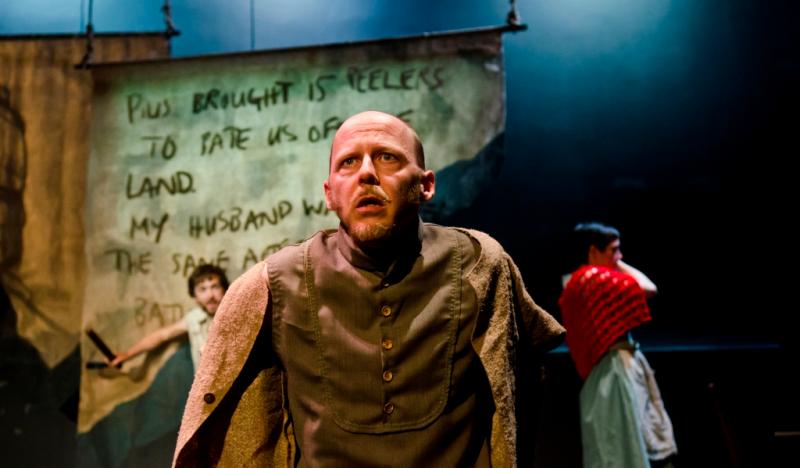 Next week Backstage Theatre will play host to the critically acclaimed version of Star Of The Sea based on Joseph O’Connor’s internationally renowned novel. Heralded as “a lesson in theatre magic” by Irish Daily Mail, this production of Star of the Sea has been wowing audiences across the country and is set to do the same when it comes to Longford on Wednesday 29th of November.

In the winter of 1847 the famine ship Star of the Sea sets sail for the Promised Land. Among the passengers are a maidservant, a ruined lord, and a ruthless murderer. Moving between the wild landscape of Connemara, grimy London streets, and the claustrophobic confines of the famine ship, this sweeping production charts the lives of the three characters, from the childhoods that shaped them to their final, fateful journey.

Told through Moonfish Theatre Company’s signature style of bi-lingual theatre, the journey comes to life as six performers use projection, physicality, live sound effects and music to conjure the worlds of the characters on a bare stage.

Based on the best-selling novel by Joseph O'Connor, and a sell-out hit of the Galway International Arts Festival, this unmissable piece of Irish theatre is back by popular demand.

Star of the Sea comes to Backstage Theatre, Longford on Wednesday 29th November at 8pm. Tickets €18/€16 available on 043 33 47888, from Farrell & Coy in Longford town or online on www.backstage.ie