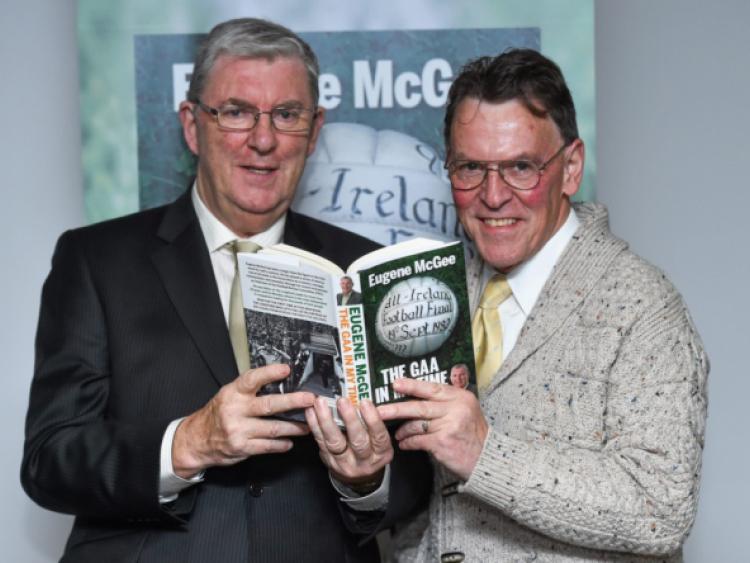 President Higgins, speaking recently, at the Institute of Conflict Transformation and Social Justice in Queens University Belfast, was commenting on the need to embrace fully and honestly the sins of the past, and to do so in a manner that was creative and imaginative, in order to prevent the tragic memory colonising the future.

President Higgins, speaking recently, at the Institute of Conflict Transformation and Social Justice in Queens University Belfast, was commenting on the need to embrace fully and honestly the sins of the past, and to do so in a manner that was creative and imaginative, in order to prevent the tragic memory colonising the future.

In a carefully scripted speech, he referred to the fact that to ignore something, or “pretend amnesia” in respect of its existence, does nobody any favours, and to deal honestly and compassionately with the past was a position that would help create an “enduring and just peace”. He was speaking on the theme of “remembering, forgiving and forgetting”.

It is very important in the context of conflict resolution, to remember, forgive, and forget.

The exercise requires all three.

Much though some may welcome the chance to seize on current, very disturbing news, they should however, before jumping in with electioneering point scoring, consider the effect of incendiary language on others who care little for what happens down here; there’s another agenda in process.

Does anyone seriously believe the names of these abusers are not well known to the Gardai?

What did the Taoiseach know?

An d who does the Taoiseach think he’s codding?

After all, he himself has refused to meet 44 people who were allegedly abused in National Schools and who put their own High Court cases o n hold pending Louise O’Keefe’s challenge in the European Court of Human Rights.

Mr Kenny should be dissuaded from making comments that may sound very clever and smart at the time of expressing.

Otherwise he could cause more serious problems than he thinks is ever possible.

How would we react if the peace process fell?

It is not beyond the bounds of possibility........and much, much closer than we think.

Passive public not a good thing

On the night of Thursday, October 23 I happened to watch the RTE nightly news, at 9 o’clock. The three lead story snapshots struck home as being representative of modern Irish society.

First off, the lead story was of the two pensioners in Donegal who had met their untimely deaths allegedly at the hands of their son. It’s very unlikely we will hear much more about this, except for the breathless media stories which fill our newspapers every day. It will of course be given (has been) coverage, and as I write this today, the front pages of both the Irish Times and Independent are full of - well written - pieces on the story.

Tomorrow it will have taken a less prominent position, and although Sunday’s papers may carry some heavy reading if an ‘angle’ can be found, otherwise it will virtually disappear from the papers.

The second story was the Taoiseach being interviewed about the farce that is the water charges. It never ceases to make me wonder as I hear the Taoiseach do everything except say that the manner in which the structure of the water charges, was carried out, was actually put in place by government. No, Mr Kenny continues to filibuster and make all sorts of painfully repetitive excuses. And on and on it goes.

Unlike other stories, this one is not going away anytime soon.

The third story was of the well known horse trainer who was found to have performance enhancing drugs.

I don’t propose to bore the readers with too much information on the specifics of these stories.

You’re worn out by most of them.

Rather I’d make the following point.

How many times in the recent past have we heard of shootings, deaths, muggings, robberies, crashes, deaths, and every imaginable act of larceny, and bad behaviour?

We become mildly upset by some, but nothing lasting.

The real story here is the fact we continue as though each of the above incidents are just no more than another story. Another headline. Forgotten almost as quickly as it had begun.

Is it the ever prevalent media circus that surrounds us, and occupies every space in our heads?

Is it the constant appetite for more news every hour? Or is it something more worrying.....

Could it be that we are becoming immune to the grossness of some of the items carried nowadays very regularly on the evening news?

There was a time, when a story about murder would be the cause of shock, horror, outrage. Not any more. The shift in attitudes is astonishing.

It is not a good thing.

Eugene has written an absorbing story

Mick O’Dwyer, Jimmy Keaveney, Micheál O’Muircheartaigh, Bernard Flynn, Sean Boylan, Mickey Whelan, Brian McEniff, and a host of others.....where would you get them all together gathered in one room? Eh?

At the launch of Eugene McGee’s new book “The GAA in My Time”, in Croke Park on Thursday night last.

We get an abundance of books nowadays, most ‘celebrities’ seize the first chance to write one in the hope of adding to the library of others.....yet another book about themselves, not even written by them. I’m constantly in fear of being accosted by one of the ghosts who’ve delivered one!

It was refreshing to attend the launch by a real writer, about real things, and comprised of interesting accounts.

Eugene has written an absorbing story. It reads well, and easy.

From GAA management with several teams, and the years editing the Longford News and then the Leader, it makes for a compelling version of events of every hue and description.

Mick O’Dwyer did the launch, and in a witty and mischievous account, made it a very special occasion. I was speaking to Mick before the event, and he told me he’d come all the way from Waterville that day, but was staying over to return next day.

A fair tribute, I think, to the writer, to see a man in his eighties travel all that way.

I wish Eugene, Marian, their very special gift that is Linda, and Conor, good times, for a long time.