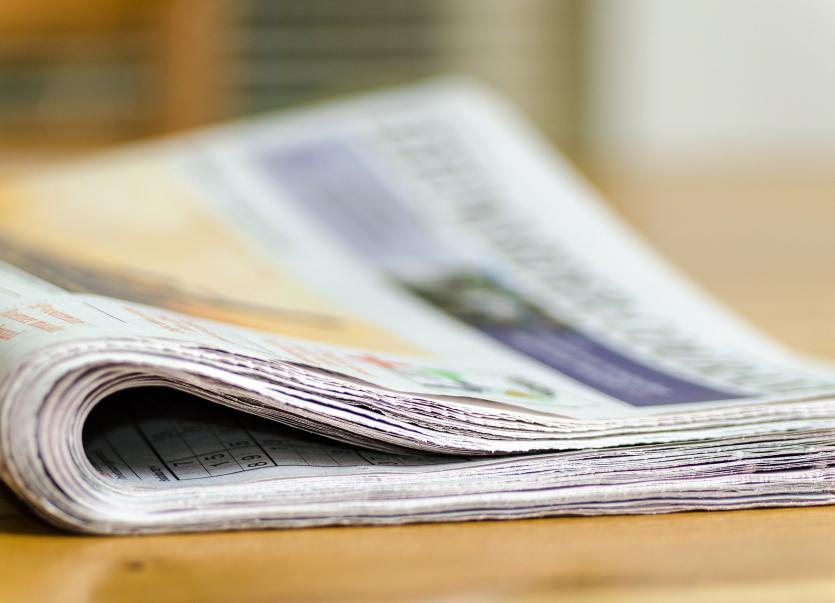 All over the world, newspapers are using their pages, editorials, digital and social media platforms to highlight why journalism matters.

Local Ireland, the representative association for Irish local news publishers including the Longford Leader, is urging the government to support the vital role of public interest journalism in the democratic process and safeguard citizens from fake news and the spread of misinformation.

In recent years there have been numerous examples of outstanding public interest journalism produced by Irish news journalists that have affected real change in society -  from recent investigative journalism which uncovered wrongdoing or illegal activity, to campaigning journalism which achieved tangible results to the reporting of issues or stories which change the public discourse and narrative.

But quality journalism requires funding and in the current media landscape, publishers are struggling to monetise content adequately while international technology giants, who do not invest in content creation, absorb a disproportionate share of advertising revenue on the back of content created by news publishers.

“Covid-19 has highlighted the critical importance of trustworthy news sources in an era of misinformation and disinformation. We are proud that Irish news publishers have been to the forefront in keeping the public accurately informed since the crisis
began. Our journalists have worked hard to consistently deliver accurate, fact-checked information and news analysis to the Irish people, while dangerous falsehoods spread like wildfire on social media,“ said David Ryan, President of Local Ireland.

The organisation says urgent reform is needed to rebalance the platform-publisher relationship and restore competition to the digital advertising market to secure a sustainable future for news publishers.

To that end, Local Ireland is calling on the government to do the following.

*Reduce VAT to 5% on newspapers and digital news products and to ultimately reduce VAT to 0% as is the case in Britain and other EU countries. 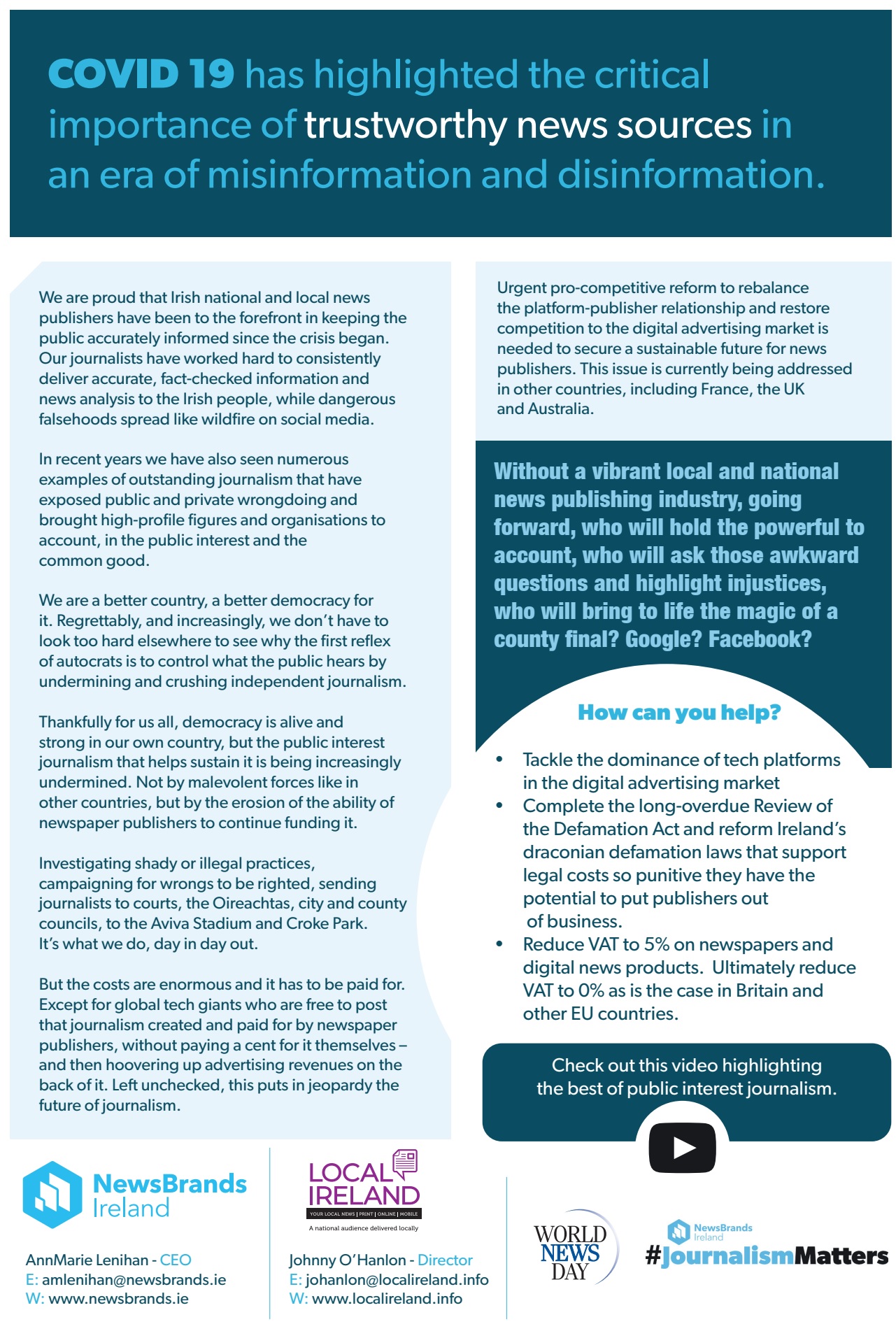