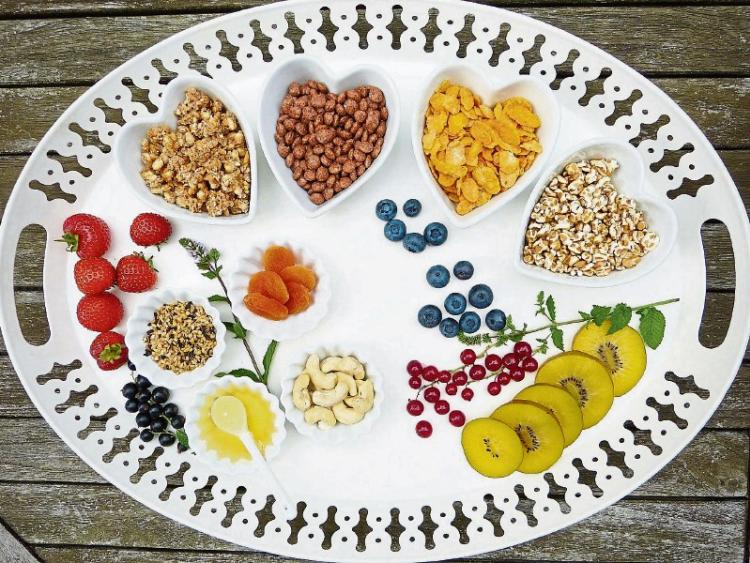 There is a big trend at the moment for the vegan diet. The number of people choosing a vegan lifestyle has increased significantly over the last few years.

Some are doing it with animal welfare and our planet in mind as a vegan diet is less of a drain on the environment compared to a meat and dairy diet.

Others are doing it for the health benefits which are numerous. A vegan diet has been shown to be helpful for some health conditions such as rheumatoid arthritis and multiple sclerosis, and a meat free diet may help to lower your cholesterol and blood pressure.

This may be because Vegan diets tend to include a lot more fruit and vegetables which are rich in vitamins and minerals and high in fibre.

Eating more fruit and vegetables can decrease the risk of diseases such as bowel cancer. Vegans also tend to eat more wholegrains, soy and nuts, all of which can help to protect your heart.

Of course with any strict diet or lifestyle change comes disadvantages and the vegan diet is no different.

One of the common problems seen with a vegan diet, especially those who are doing it for environmental and animal welfare reasons and not for the benefits to their health, is they become reliant on highly processed vegan products.

Going vegan doesn’t automatically mean you have a healthy diet. You could be a vegan and still have chips, biscuits, sweets and alcohol every day. It’s important to remember that there is a vegan alternative out there for every junk food!

So let’s take a closer look at things to be mindful of on a vegan diet.

* Some people who go on a vegan diet become over reliant on processed food. They replace milk, cheese and meat with foods manufactured to look and taste as though they are the real thing. In order for food manufactures to replicate the taste and texture of these animal products, they use non-foodstuff, including stabilisers, gums, thickeners and highly processed protein extracts.

Moreover, you may be counting your vegan cheese in as a source of protein, when many of them are actually made from carbs.

* Vegan diets do not provide the fat soluble vitamins A & D.

It would take a massive amount of carotene to convert to equal amounts of vitamin A. And this conversion won’t happen at all if you have impaired digestion, low thyroid function or a lack of health fats in this diet.

Remember vitamin A & D are fat soluble vitamins so they won’t be absorbed if the diet is low in healthy fats.

* It has been shown that vegans are often low in B12 which comes primarily from animal foods.

Contrary to popular belief, there’s no reliable plant source of vitamin B12. You need to pay attention to this nutrient, as it helps to keep your blood and nerve cells healthy. It also protects your all-important DNA.

Low B12 can also lead to raised levels of the amino acid homocysteine. Raised levels of homocysteine have been shown to be a risk factor for cardiovascular disease and dementia. If you are planning to start a vegan diet or already on one, you may benefit from taking a high-quality B-12 supplement.

* Along with iron, vitamin D, vitamin A and omega-3 fatty acids, calcium is another nutrient that’s likely to be low on an exclusively vegan diet.

This essential mineral not only maintains strong bones and teeth, but it also contributes to normal metabolism. Luckily there are some excellent plant sources of calcium such as, broccoli, kale, rocket, soybeans, chickpeas, beans and fortified non-dairy milks to name a few.

* Protein sources are plentiful in a vegan diet and can be got through nuts, seeds, grains, lentils and soybeans, however it is important to remember that plant protein is not a complete protein as no one source contains all the essential amino acids. However with careful meal planning you can overcome this by combining different sources to make a complete protein, for example combining rice and beans will give you all the essential amino acids.

* Like protein, there are plentiful sources of iron in a vegan diet. However plant sources of iron are not as well absorbed as it is from animal sources, which is the most bioavailable form of iron.

The same can be said for Zinc which, although plentiful in the vegan diet bioavailability, is reduced.

As with any diet, variety and food choices are important. The vegan diet has many health benefits but it is also possible to have a very unhealthy vegan diet if you choose to swap animal products for highly processed alternatives, which lets face it aren’t actually food but products made in a factory!

If it came from a plant, eat it;

Are you a vegan but worried about not getting all your nutrients or are you thinking of trying a vegan diet but don’t know where to start? Get in touch and make an appointment and let me guide you on how to get the balance right. There is no time like the present!

My clinic is back open and I am taking bookings for new and existing clients, so just pop me a message if you would like to schedule an appointment. Contact details below.

Debbie Devane from The Nutri Coach is a qualified Nutritional Therapist and health & lifestyle coach, Debbie runs her clinic from the Glenard Clinic in Mountmellick and also offers one to one and group online consultations. Debbie is also Nutritionist to the Offaly GAA senior footballers. For more information or to make an appointment email Debbie at

For more information go to www.thenutricoach.ie