A risk of some sleet and snow by midweek 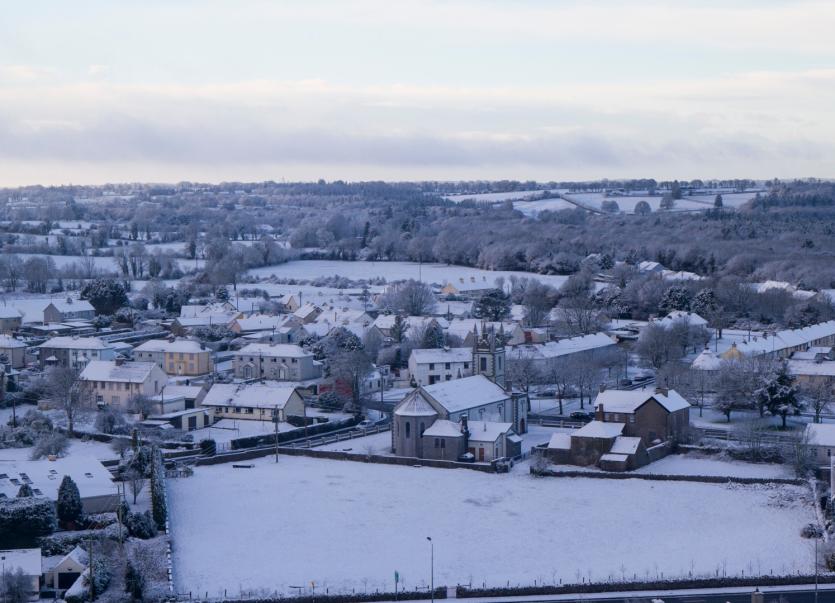 Lanesboro from the top of Lough Ree Power...Pictured during the January 2019 snow is St Mary's Church, Lanesboro, with parts of Knock and the Green visible Picture: Joe McGrath

With heavy snowfall hitting parts of Wales and temperatures falling here, weather forecaster Cathal Nolan of the Midland Weather Channel, is suggesting that there is the risk of some sleet and snow across higher ground in the northwest, west, southwest and west midlands by midweek.

"Winter has certainly set in early across much of Europe this winter with some exceptional early season falls of snow recorded across parts of Catalonia, Spain, France, Andorra, Switzerland, Austria, Germany and Italy, with temperatures well below normal across many parts of Scandinavia.

"Closer to home and our temperatures have certainly been on the chilly side as of late, and if anything temperatures are set to drop off further next week, especially so through the midweek period when there is the risk of some sleet and snow across higher ground in northwest, west, southwest and west midlands.

"Frost and ice will be an issue overnight, with some icy patches likely on untreated road surfaces. Lowest overnight temperatures may dip to as low as -2 or possibly -3 degrees Celsius during the midweek period in areas which experience light winds and clear skies.

"On Wednesday night and Thursday showers will push eastwards across the country, falling predominantly as a mix of rain, hail and sleet, but one or two of the heavier showers may fall as snow, though accumulations below 400 metres seem unlikely at present."

Met Éireann's National Outlook forecast for next Wednesday also suggests that sleet is on the way.

"After a cold night with widespread sharp ground frost and icy patches, the day will begin dry. Rain will spread countrywide quickly accompanied by strong winds too. The rain will be heavy and prolonged and may turn to sleet in places, especially over high ground in the north while continuing on Wednesday night."

Here is our 7 day Atlantic Chart, showing the pressure and precipitation forecast in 6 hours intervals.https://t.co/9Giuj4CR5mhttps://t.co/9gKN6SVok4 pic.twitter.com/ileYqH36NH