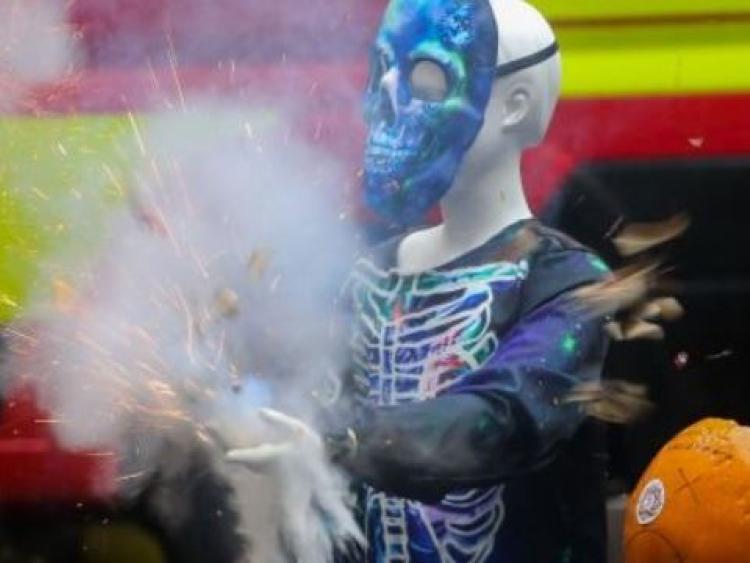 Dublin Fire Brigade launched its Halloween Safety Campaign 2019 on Friday last, and again warns parents and communities of the huge dangers which can - and have - occurred at bonfires, using illegal fireworks.

Already this year, at least three youth in Co Dublin have sustained serious injuries, including loss of sight in one eye, hand, stomach, facial and thumb injuries.

Today we invited the guys of Saint Thomas' Senior National School, Jobstown, to HQ for a special visit, and to get some tips on how to stay safe this Halloween. This week we visited over 1,400 primary school children to highlight the dangers of Halloween. #SaferTogether pic.twitter.com/Fi9uzkcQd7

He noted the fire brigade team were being extra vigilant, especially after a 15 year old sustained serious facial, stomach and hand injuries earlier this week.

The 15 year old youth found what looked like a tennis ball at St Berach's Place, Finglas; he and his friend noted the fuse was still intact and agreed to light same - with the firework still in one of the teenager's hands.

The firework exploded and caught fire to the youth's clothing, causing scarring to his face and stomach and serious damage to his hand and thumb. He was subsequently rushed to Temple Street Hospital where emergency surgery was carried out to save his thumb and to address his other injuries.

Last month, two teenagers in Cabra received serious injuries and Dublin Fire Brigade tweeted as below, that one of the boy's hand was seriously deformed, and the other has incurred sight loss in one eye. On September 21, they warned of "Fireworks sold on the black with NO recognised safety tests".

Dublin Fire Brigade urged parent to talk to their children and adults about the very real "life changing" dangers of fireworks. 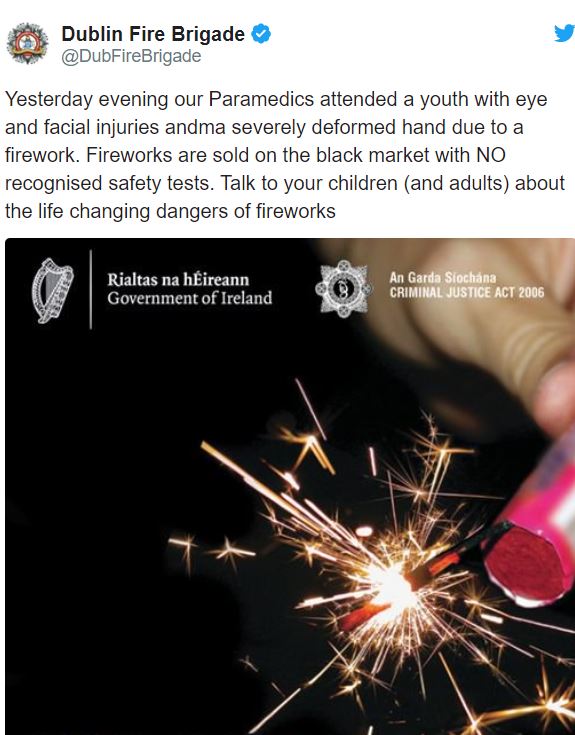 The Fire Brigade reported that whilst the number of bonfires to be hosted over Halloween appear to be down in the Dublin area, there is an increase in medical emergencies and ambulance cases, mostly related to fireworks.

Young children, they noted, seem to be unaware of the dangers and Halloween is still the busiest night of the year for firefighters. Mr Keeley added Dublin Fire Brigade has advance notice and historical data of the locations of most of the bonfires and that they try, where possible, to engage with the communities and schools, and to appeal that youth desist in anti-social behaviour against fire crew members when they attend Halloween emergencies.

Yesterday, they invited students at Saint Thomas' Senior National School, Jobstown, Tallaght to headquarters for a special visit, "to get some tips on how to stay safe this Halloween.

"This week we visited over 1,400 primary school children to highlight the dangers of Halloween" stated the fire brigade service on Twitter. #SaferTogether

Mr Keeley further reminded of the serious fines and penalties imposed for those caught with illegal fireworks. 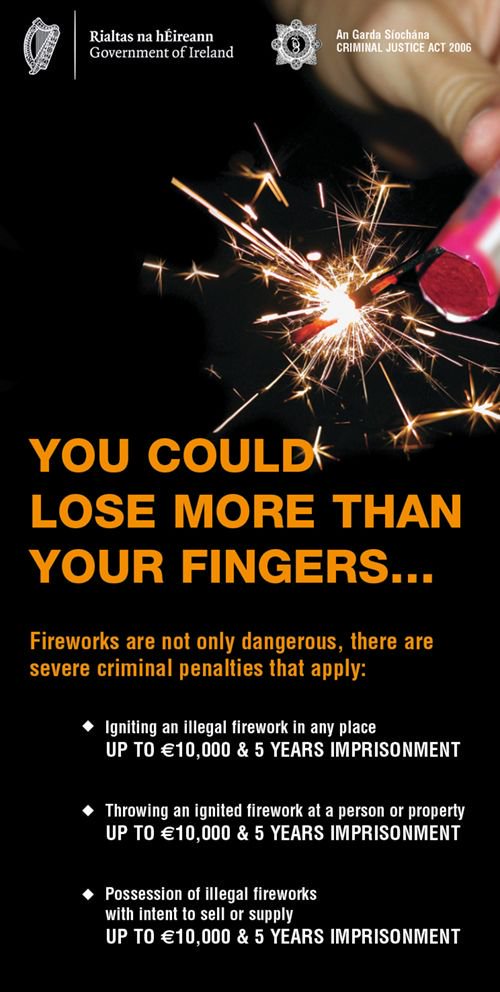