'Turn off your Sat Navs,' warning to the thousands of people travelling to the Ploughing

A well-organised event with over 300,000 people expected across the three days 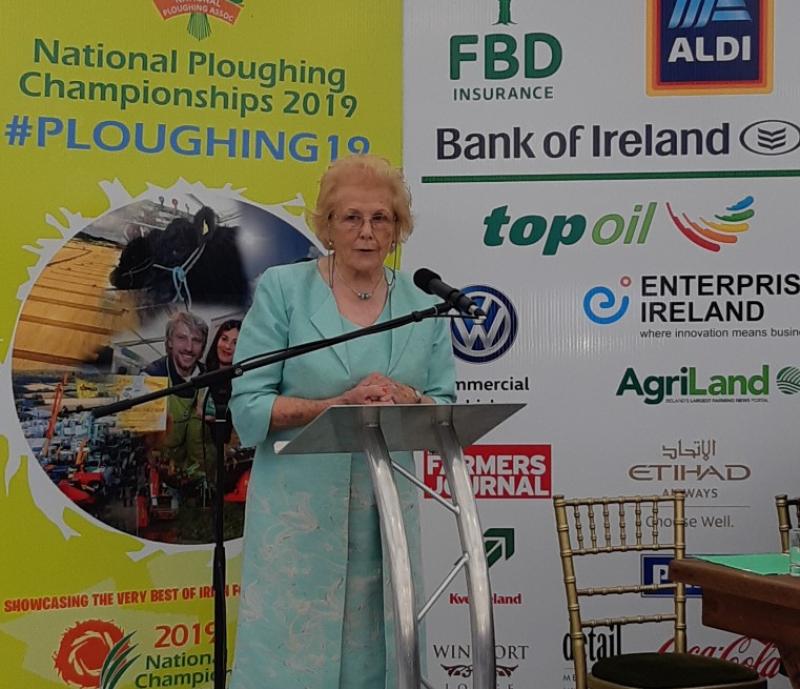 NPA managing director, Anna May McHugh, at the launch of the 2019 Ploughing Championship in Carlow

"Turn off your Sat Navs," the thousands of people travelling to the Ploughing in Carlow were told at the launch of the 2019 event in Ballintrane, Fenagh on Wednesday.

Read also: Carlow site taking shape ahead of the Ploughing

National Ploughing Association managing director, Anna May McHugh, made the comment at the launch of this year's event in Carlow as she urged people to follow the traffic plan on their way to the three-day showcase.

Over 300,000 people are expected to descend on Carlow from September 17-19 and she added: "It's very important that traffic will flow well."

Ms McHugh then introduced Superintendent for the Carlow area, Aidan Brennan, who described the traffic plan to those in attendance and detailed what the Gardaí expect from motorists.

Supt Brennan said there is a robust traffic plan in place and they are asking people to "switch off the Sat Navs" and follow the routes as directed by Garda personnel at key junctions around Carlow and the surrounding counties.

He said the Gardaí have done their best to ensure that residents in Carlow and the surrounding counties will not be "discommoded" by Europe's largest outdoor event.

"We are also asking the public to drive safely," he added.

The launch was also attended by Minister for Agriculture, Michael Creed, who said everything at the site in Fenagh was looking in "tip-top shape".

"The Ploughing is a fantastic celebration of rural Ireland and rural life," he added.

Meanwhile, former World Ploughing Champion and nine time National Champion, Eamonn Tracey, said the Ploughing was last in Carlow in 2006 and he praised the local landowners who "welcomed them with open arms".

He extended a welcome to the 340 ploughing competition competitors, the 1,200 exhibitors and the over 300,000 people expected to attend the event.