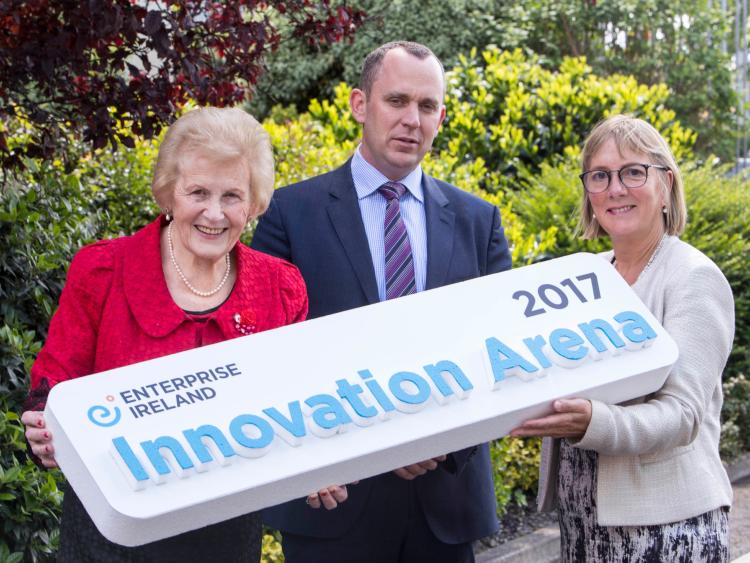 Tractor Safe Lock, a device that automatically engages the handbrake in a tractor when the operator leaves the seat, has been awarded the Innovation Arena’s People’s Choice Award in association with Enterprise Ireland, the National Ploughing Association and the Irish Farmers Journal.

The Co. Kerry based company, founded by student Jack Nagle (16), is one of 69 companies exhibiting at the 2017 Innovation Arena and entered into this year’s awards. The People’s Choice Award is voted for by the general public via the Irish Farmers Journal website and app. The number of votes received totalled 3,000 with Tractor Safe Lock receiving over two-thirds (67 per cent) of the overall vote.

The winning device, Tractor Safe Lock, is activated as soon as the operator takes the machine out of gear through a pressure switch on the seat, pushing up the handbrake of the tractor to safely stop the vehicle from rolling.

James Maloney, Senior Regional Development Executive, Enterprise Ireland said:  “The level of interest in the Innovation Arena People’s Choice Awards this year - from client companies, exhibitors and the public in general has been huge."

"Jack Nagle and Tractor Safe Lock, represents one of the youngest winners of the Innovation Arena to date representing young entrepreneurial talent at its best and highlighting how Irish innovation is contributing to make farming practice safer. We wish Jack all the best in his business endeavours and Enterprise Ireland looks forward to working with him in the future," Maloney added.

Justin McCarthy, Editor and CEO, Irish Farmers Journal said: “We are delighted to be involved in the Innovation Arena’s People’s Choice Awards at the National Ploughing Championships 2017. The Innovation Arena is a premier agri-technology showcase and we are thrilled with the overall response to the competition."

"Over the last number of weeks, voting numbers through the Irish Farmers Journal website and our Ploughing App have been through the roof. I’d like to congratulate Tractor Safe Lock, a prime example of the great possibilities that lie in the Irish agricultural sector.”

"The People’s Choice Awards demonstrates the appetite from a digital audience across all ages and locations to engage and promote Irish agri products and services. We look forward to seeing the new designs and innovations in agri-tech coming through in the next year and we wish Jack and Tractor Safe Lock the very best for the future.”