Making Cents: What to do with a pay raise? 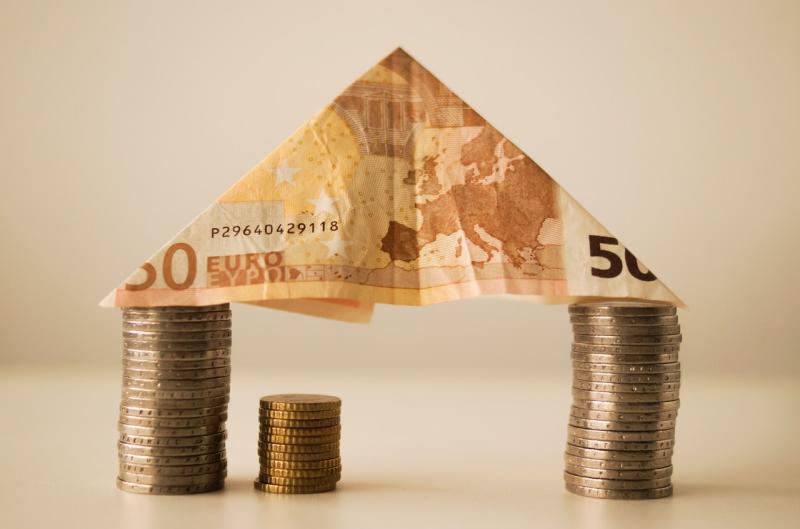 Next week, Liam will look at people who are carrying high debt and/or low savings and what they should do with a pay rise

I’VE just received a promotion and my salary has increased, and I was wondering how much of the raise, can I spend and how much should I save?

Is a question I’ve been asked a number of times in recent weeks.

And the amounts will depend on your circumstances and other influencing factors i.e. how much debt do you have, how much you have in savings, what objectives do you want to achieve e.g. retire early, become mortgage free, two incomes can become one etc.

So, lots of factors to consider.

If you haven’t given much thought as to what you’ll do with this raise and its unlikely you ever will, I’m going to share with you some really useful percentages in a moment, that I think make sense and ones that you can easily apply without having to over think things too much.

It’s great to get recognised at work and be financially rewarded for it. It’s what you now do with that money that’s important because it can be easy to do nothing, and within a few months, the raise gets consumed by increased spending, and this is typically known as lifestyle creep i.e. as your income increases, so do your outgoings, by the same amount.

Which is a shame because when you get a raise, if put to good use, it should really put you ahead financially and allow you to achieve things, you were unable to on a lower salary.

If you don’t take advantage and you’re not intentional with what you’re going to do with it, you end up in exactly the same position as before, and you’re just working harder without living better and that’s not what you want.

So, how do you avoid this from happening to you?

Ideally, you want to give some thought into how you can benefit from your new higher earnings, and I will re-visit this in more detail, in a second follow article next week, because there’s a lot to cover.

However, I do know there are those who are just looking for a number, and don’t want to carry out that deep dive into what impact a specific number would have on particular areas of their finances.

So, with them and everyone else in mind, I’m going to share with you three very good rules of thumb that I like and think are useful.

They were first developed by the financial services giant, Morningstar, and this is what they are suggesting you should do with a raise:

1. Spend twice your years to retirement

If you have 20 years to retirement, you can spend 40% of your raise and save the rest.

Regardless of your age or years to your target date for retirement is, just save 33% of your raise.

When Morningstar ran different scenarios, they discovered the spend twice your years to retirement created the biggest impact across all age groups because it usually involves saving the most money.

The rules I’ve referred to focus on how much of the raise can be spent rather than how much can be saved, and that’s very deliberate i.e. you don’t want people to feel they have to save every extra cent they now earn and can’t enjoy some of the raise they received.

Or do they have to save everything?

I’ll circle back to that in next weeks’ article.

In the meantime, I want to make reference to the impact continuing to save a % of your income into your pension after a pay rise is, because its’ important.

Some people who receive a pay increase but make no % change to their pension contribution, think they are making progress, because they are saving a higher amount, right?

The danger with doing this, is that as your standard of living rises, the funding needed for retirement grows at a faster pace than the amount you are saving. Which results in the gap between what you need and what you save, becoming bigger every year.

If you were saving 10% of your salary and continue to do so after your raise, you are increasing your annual contributions by €1,000, and you’re now saving €7,000 per year.

Whilst you might be saving more in absolute terms i.e. 10% of €60,000 is obviously more than 10% of €70,000, you need to save more relative to how much your new salary is, if you want to keep up with your new, higher costing lifestyle.

That 50% saving from your raise increases your contributions to, 16% of your new salary and that’s why you’re giving yourself an opportunity to fast forward retirement.

What all that means is that the increased retirement savings, combined with the decreased need for retirement funds, means someone aged 25 who saves 50% of their raise can retire at 55, which is 10 years earlier than someone of the same age who only saved 10% of their raise.

Regardless of your age, continuing to save only a certain % of your salary and spending the rest, including raises, is really poor advice because it can lead to delayed retirement and underfunded accounts, and that’s’ even when your savings rate is higher.

Long story short, getting a raise can actually exacerbate the problem of having a fund which is lower than you need when you decide to retire full stop. Instinctively you might think it will help because you’re saving more money.

But don’t forget you’re spending more as well and how are you going to replace that?

You’re certainly not going to do it if you continue to save the same % your currently saving.

And let me repeat, even though you’re saving more because its 10% of a higher amount, when you run the math, it will tell you a different story.

Okay, next week, I’ll look at people who are carrying high debt and/or low savings and I’ll give you my opinion on how much of any raise they receive, they should spend.

And in the same article, I’ll also tell you about someone who asked me recently what impact the raise she received would have on her finances. She wanted specific numbers and outputs on a number of different areas, and I’ll share with you what we discovered, and what she decided to do.

Liam Croke is MD of Harmonics Financial Ltd, based in Plassey. He can be contacted at liam@harmonics.ie or harmonics.ie