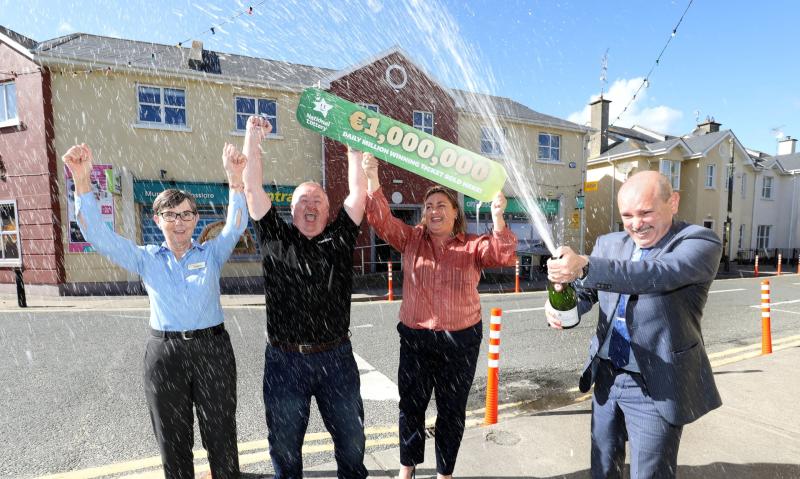 The location of a shop where a winning Daily Million top prize of €1 million was won has been revealed, as it emerged that the winner has yet to come forward.

The winning Quick Pick ticket was sold on the day of the draw at Centra on the Strand Road in Rosslare, Co. Wexford.

Shop owner, Shane Murphy, was overjoyed to get the call from the National Lottery to confirm the win.

“We were delighted to hear that one of our customers was the biggest winner from the weekend. This is also the largest prize amount that we have ever sold so it’s exciting. I am sure that as soon as news gets out today that we sold the ticket, there will be plenty of chatter and buzz around about the win," Mr Murphy said.

"With the good weather last week, there were lots of people down to visit the beach so maybe someone passing through had a bit of good luck on their travels. Let’s hope the winner has realizsed their luck and that maybe we’ll have a repeat of this soon and sell another jackpot ticket!” he added.

The National Lottery is urging Daily Million players in Wexford to check their tickets carefully as Ireland’s newest Lotto millionaire has yet to come forward.

The winning ticket holder is advised to sign the back of their ticket and keep it in a safe place. They should contact the prize claims team on 1800 666 222 or claims@lottery.ie and arrangements will be made for them to claim their prize.

Meanwhile, Lotto excitement continues to grow nationwide as Wednesday’s Lotto jackpot is estimated at €19 million and could possibly become the highest ever should it exceed the current cap which is set at €18.96 million.

The National Lottery has confirmed that once the jackpot exceeds the cap, no more money will be added to the jackpot prize until it is won. The funds that would normally go to the jackpot will be distributed to the next lower prize tier at which there are winners.

If the jackpot is won at an amount higher than €18.96 million, that amount will become the game’s new jackpot cap.

Judge asks local solicitor: 'Is that how you spend your nights?' after watching footage of client's car on YouTube

A Longford solicitor was asked by a judge last week: ‘Is that how you spend your nights?’ after telling a court he had personally looked at video footage of his client’s car that had been recorded driving at over 200km/hr on the outskirts of county town.