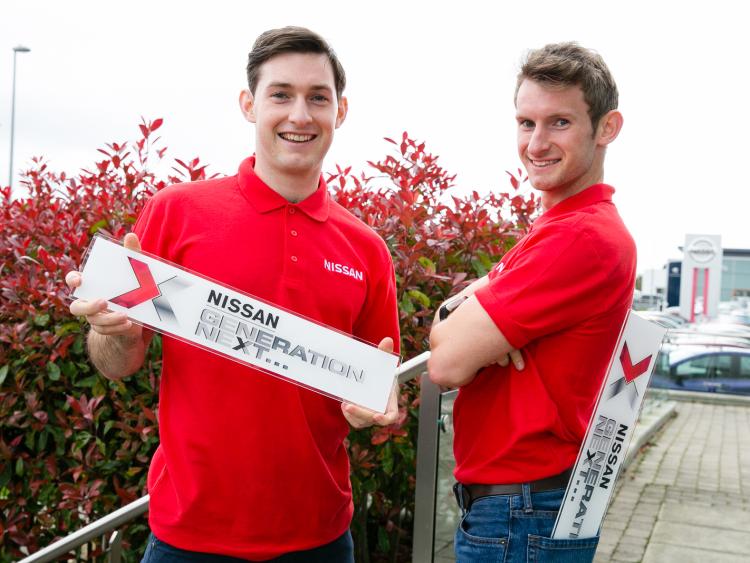 Irish Olympic rowers Paul and Gary O'Donovan are calling on anyone with big dreams to follow in their footsteps as Nissan Generation Next car ambassadors. Photo Orla Murray/ SON Photo

Nissan has launched a countywide search to find someone from Longford who has what it takes to follow in the follow in the footsteps of Irish rowing stars Paul and Gary O’Donovan as a Nissan Generation Next car ambassador.

The successful applicant will get to drive a brand new, taxed and insured Nissan of their choice for one year as one of ten Nissan Generation Next ambassadors, following in the footsteps of the famous Skibbereen brothers.

The Nissan Generation Next car ambassador programme supports people from all walks of life who could use a new Nissan car or van to follow their dream and to realise their potential of becoming Ireland’s next generation of leaders and champions.

“The programme presents a golden opportunity for Longford’s young entrepreneurs, innovators, rising sports stars, musicians, artists, chefs and anyone who is passionate about what they do to get ahead on their journey to success with the backing and support of Nissan,” said local Nissan dealer, Stephen Briggs, Dealer Principal at Mullingar Nissan.

Nissan Generation Next has already helped 30 inspirational ambassadors to overcome obstacles and to achieve their goals, including the two O’Donovan brothers whom it supported throughout the course of their remarkable journey to Olympic, European and World Championship success.

“Nissan saw the potential in us to go all the way and that spurred us on. Their support made life far easier and time efficient for us. Time is money in this sport and in the end we were able to pick up the results that mattered. Dream big and apply. Your dream may well come true with Nissan,” said Paul O’Donovan.

“Anyone striving for success thinks big, but it also helps to focus on the little things. A car is a little thing but also a big thing and having one can help to make a big difference in any area of your life or career. Nissan Generation Next gave us huge support and taught us a lot about business and promotion. It’s an exciting prospect for anyone who applies,” said Gary O’Donovan.

In the four years since it was created Nissan Generation Next has helped new Irish business entrepreneurs to find their feet in domestic and global markets, elite athletes, writers, film-makers and fashion designers to succeed internationally and young scientists to shape and influence the fast moving world of digital technology.

“We believe in the power of today’s generation of young Irish people to compete and to succeed on the world stage and we are proud to support them and to back what they do,” said Stephen Briggs, Dealer Principal at Mullingar Nissan.

“We have seen how our cars have helped young, inspirational achievers to make things happen and to bring their dreams and ambitions to life and we are looking for new Nissan Generation Next ambassadors from Longford to follow in their footsteps,” he added.

“Nissan Generation Next is designed to support people who are ambitious, passionate and fearless about making their dreams a reality. If you fit that bill and could use a new Nissan to help you on your way then now is the time to apply to become one of our ambassadors,” said Stephen.

Applicants can apply online at www.nissangenerationnext.ie up to Wednesday, May 17. Family and friends can also make applications on behalf of individuals whom they consider to be an ideal Nissan Generation Next ambassador.

A shortlist of 20 candidates will be announced soon after and put forward to a public vote. The seven individuals generating the largest number of votes will win a place on the Nissan Generation Next ambassador programme. The judges at Nissan will select three of the remaining candidates to join them.