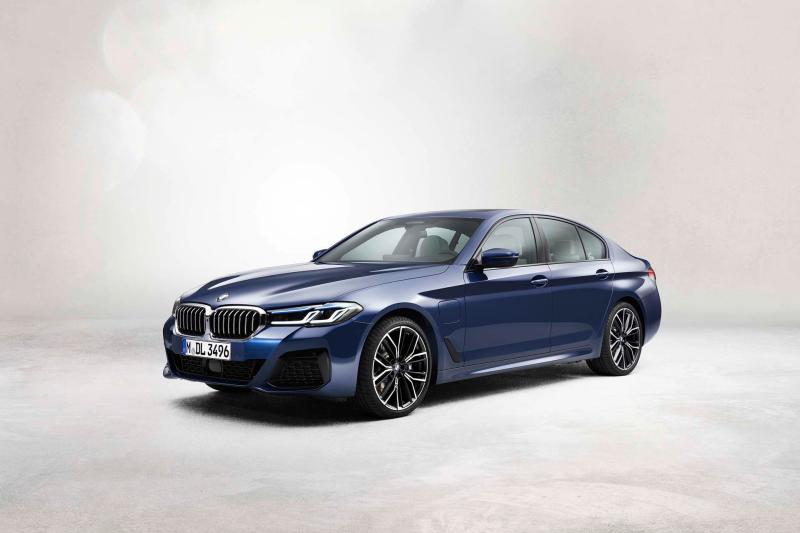 The relentless electrification of our cars continues and the take-up by motorists is accelerating. Be it an all-electric like the Renault Zoe, a PHEV like this week’s BMW 530e or a hybrid like most of the Toyota range we’ll all be getting exposure to cars with batteries in them. A lot of cars are getting the mild hybrid treatment too in an effort to convert us all to electricity. The charging infrastructure is getting better and better and home charging will become the norm very soon. Unless hydrogen powered cars take over but that’s another story. At this juncture electric cars are the future.

The BMW 530e brings electricity to the range. It has an 12kWh battery that will provide 62 kms of electric-only driving. By WLTP standards it delivers 1.5l/100kms of fuel economy (more about that in a moment) and goes some way to alleviate the carbon conscience we are all developing. When you get home simply plug it in and you’ll start the day using electricity from a full battery. If it runs out the petrol engine seamlessly kicks-in to allow you to continue your journey. If you don’t charge up, the car will run on petrol all the time which kind of defeats the reason for buying it.

The 5 series looks are sporty and contradictorily understated. No basking shark grille here and it is the max. size it should ever be allowed be. But hey, I’m not a designer and bigger and bigger they are getting. BMW have resisted the Audi urge to provide any complicated creases everywhere with the result that the 5 series looks classy. Side vents look like they are the only aesthetic exuberance but I’m sure they fulfil an aerodynamic purpose.

Inside, well inside, is simply sublime. It was a black and white affair that was tastefully executed. If I was searching for something to find fault with, I’d still be searching. It is well laid out, everything you touch oozes quality and controls are easy to use. There are a lot of systems and functions to control and use but thankfully there is a control knob to make things intuitive without having to look at and you also get scribing, voice and gesture control. I used all four and avoided any touchscreen, the fifth, for my time with the car. Except the quirky internal boot opening. It is a switch similar to an electric window – press down to open pull up to close – except that a boot action is the reverse. Strange.

Performance is staggering and probably unsurprising as it has 292hp on tap based on the combination of petrol and electric power. The equivalent petrol only power figure is 184hp. That difference translates into a fastest time to 100km/hr over its petrol equivalent of 5.9s v 7.2s. That’s the numbers, the experience is far better. There is an urgency and immediacy from the power plant with the car never looking for power, it’s always just there. I drove my parents around Co. Clare and its “wonderful” roads, and it was simply joyous. A tap on the accelerator and power was provided exiting a bend or for overtaking.

The ultimate driving machine is the claim and any time with this 530e cements that view. Both my parents are in the 80’s and they both said how comfortable it was in the back which is not always the case in a BMW with the ride usually a bit harder than rivals.

The price premium for the PHEV version over the equivalent petrol model is a smidgin over €6k. Is it worth it? Personally, yes. It ticks a lot of buttons and if you charge it as it should be there is less petrol used and the savings accrue. I managed 7.6l/100kms without charging – it’s a long story – so I expect it to beat the petrol or diesel figures when charged. Other figures are the price. My M-Sport version tipped the scales at €66,996 and had added options worth €17,634 for a grand total of €84,630. (Entry PHEV price starts at €59,822). Those options mysteriously don’t deliver blindspot / lane departure technology or adaptive cruise control both of which would be near the top of my wish list and I’d readily forgo the electric steering column adjustment and heated steering wheel for.

I unashamedly fell in love with this car. The 5 series showcases what BMW is renowned for and the bar has been raised yet again. When I drove the 330e I remarked that it is all the BMW you’d ever need. I stand by that. But the 530e is all the BMW you’d ever want. If I had the windfall I’d need to buy this car I’d search everywhere for the €7k extra required for the Touring version as, albeit undriven, it would be the one I’d want to buy.