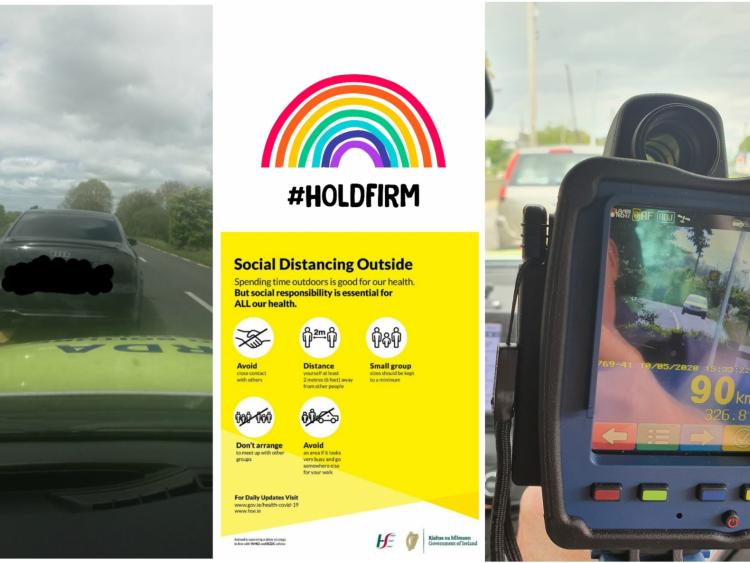 Gardaí in Longford have seized another vehicle where the driver had no insurance while they are also reporting that speeding is a problem on the quieter roads.

With the easing of Covid-19 pandemic restrictions beginning to slowly kick in, gardaí are reminding people to #holdfirm and #stayhome.

On Wednesday, May 13, while on duty at Lanesboro, the Longford Roads Policing Unit stopped a car where the driver had no insurance, tax or NCT. The vehicle was seized and court proceedings to follow.

Also read: Gardaí 'considering' wearing PPE to protect themselves from spitting and coughing

And on Sunday, May 10, Gardaí in Longford detected a number of vehicles exceeding the speed limit.

Fixed charge penalty notices were issued to all offenders.

Gardaí issued a reminder to drivers that even though the roads are quieter the speed limits remain in place!

Gardaí in Longford detected a number of vehicles exceeding the speed limit this evening. FCPNs issued to all offenders. A reminder that even though the roads are quieter the speed limits remain in place.#SlowDown#ArriveAlive#StayHome pic.twitter.com/A6ejp4gdu2