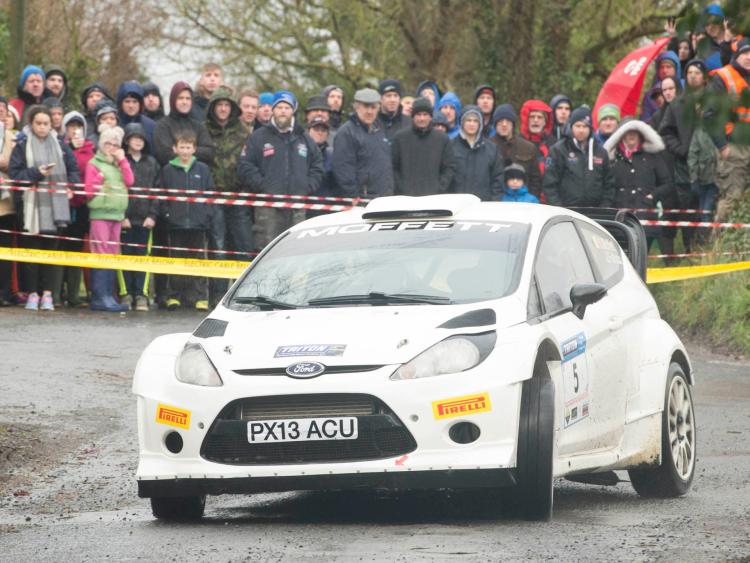 The Irish National Rally Championship was given a major boost last week.

The Irish National Rally Championship received a major boost at its recent awards ceremony at the Sheraton Hotel in Athlone with the announcement that Triton Showers are to remain on as title sponsors for the popular series for a sixth consecutive season.

"It was something that happened at the last minute really. We felt that we just couldn't walk away and leave the championship without a sponsor. When Declan (Tumilty, chairperson of the national championship committee) informed me that there was no sponsor for 2020, things took on a new dimension and it all happened very quickly. I set up a conference call with our people in Triton UK and gave them details of the package that we could go forward with and, in fairness, they went for it straight away."

The awards ceremony completed the sports "drive for five" with Triton Showers during which time there were five different champions. In 2015, Donegal's Donagh Kelly (Ford Focus WRC) won the series and was followed by Clonmel's Roy White, Monaghan's Sam Moffett, Donegal's Declan Boyle and Monaghan Josh Moffett, all in Ford Fiesta WRC's.

Chairperson of the Triton Showers National Rally Championship Committee Declan Tumilty remarked, "It's great for the sport and the national championship itself that Triton Showers have decided to continue to underpin the series. I know that, as a competitor, Kevin has great belief in the national championship. The decision to continue as title sponsor is an endorsement of that belief. We are all looking forward to the start of the 2020 series in Mayo."

The 2020 series will consist of seven rounds with the best six scores to count. The series will continue with its usual awards including The Motorsport Safety Team Group N award; the rally.ie two-wheel drive award; the Triton Showers Junior Championship, the National Mk. 2 Champions, the Group R, Historic and the Micky Farrell award.

The series will begin with the Mayo Rally in early March and will conclude with the Donegal Harvest Rally in October.

There will be three rounds in Munster, two in Ulster and one each in Leinster and Connacht.

The 2020 Triton Showers National Rally Championship will consist of the following events:
Round 1: Mayo Rally (March 8)
Round 2: Circuit of Kerry (April 5)
Round 3: Carlow Rally (May 10)
Round 4: Cavan Rally (May 24)
Round 5: Tipperary Stonethrowers Rally (August 9)
Round 6: Clare Rally (September 13)
Round 7: Donegal Harvest Rally (October 10)