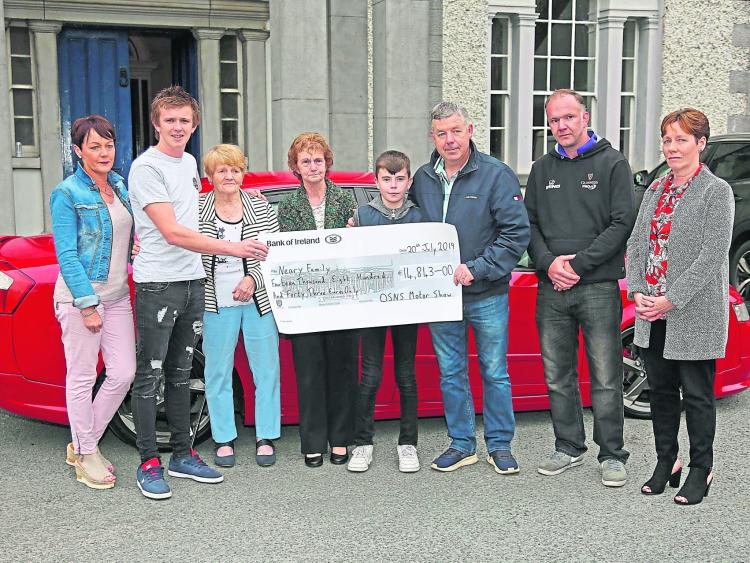 There were motors galore at the show, with the hotly anticipated raffle of an Audi A4 also taking place. The winner was revealed as Jeanette Byrne.

The show this year was held in aid of 15-year-old Longford native, Cian Neary, who is currently undergoing treatment for Lymphoma.

This year's fundraiser saw the team go above and beyond in their efforts to raise further funds for Kilashee's Cian Neary.

The OSNS team subsequently revealed the total raised as €14,843, with the cheque then presented to members of the Neary family.