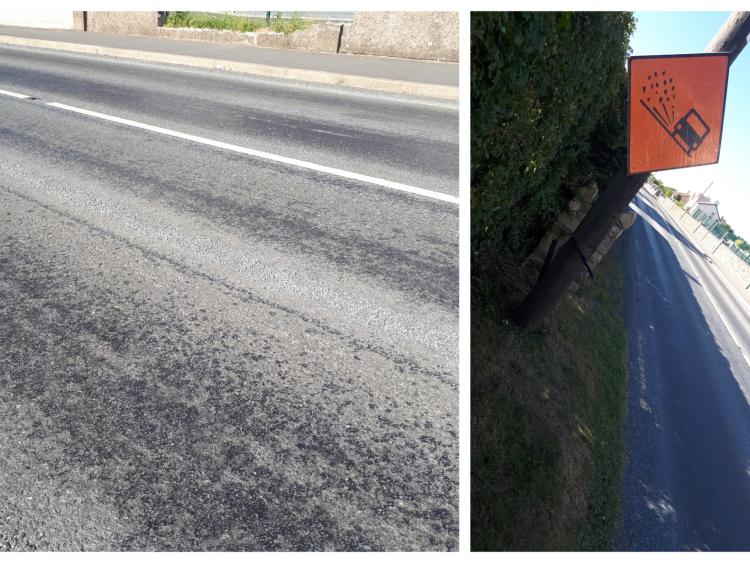 Photo shows the R397 at Stonepark, Co Longford where melting tar was treated with chippings by Longford County Council personnel.

The heatwave and searing temperatures has resulted in melting tar in a number of locations throughout Longford, with road temperatures hitting 55 degrees in the North Longford area.

Longford County Council road crews worked throughout the weekend and applied grit at affected locations. A Council spokesperson said, "It turns out our gritters are not just for winter and have been on standby to deal with the melting roads as a result of the high temperatures.

"Our Roads crews are dealing with incidents as they are reported and will be working over the weekend to monitor the situation and grit where required."

Just three months earlier, the same machines were out treating Longford roads for snow and ice!

Roads absorb the heat, and when this happens at 30 degrees it can make the roads almost 20 degrees higher. As a result, a change in the road structure happens which is similar to melting. Road temperatures of 55 degrees were actually recorded  in the North Longford area.

Longford County Council advised road users to be careful of surfaces becoming slick and dangerous, particularly on minor roads and to exercise caution when braking.