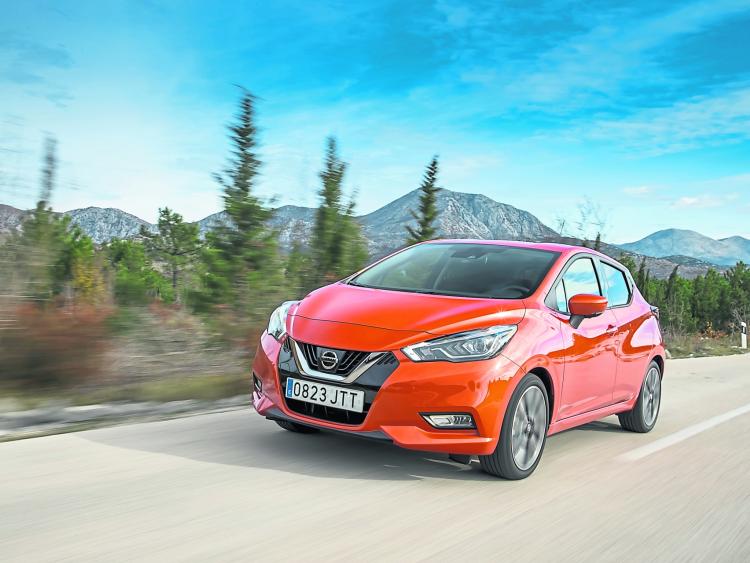 The new Nissan Micra faces a fierce challenge of its own making. The Micra has been a powerful bearer of the Nissan badge since it was first introduced in the early 80s.

Living up to its own illustrious past in terms of reliability and overall service to customers is perhaps the greatest challenge facing the latest version of the supermini.

The Micra in previous manifestations was your quintessential ‘loyal and faithful servant’ and left very, very few disgruntled buyers. Hence the challenge!

Sure, the competition from rivals like the Volkswagen Polo, Renault Clio and so on will be serious and intense, but if in the long run new Micra proves to be as good as the old, then Nissan will drive merrily along.

In recent times one has driven both the 1.0 litre petrol and 1.5-litre diesel versions of Micra, and while the drives were different, there was nothing to suggest old values, and the simple things we liked about the drive of Micra haven’t been retained or improved upon.

New Micra is available as a 5-door only, and with three engine variants - 0.9 litre turbo and a 1.0 litre naturally aspirated petrol, plus a 1.5 litre turbo diesel.

The grades
There are four grade options, XE, SV, SV Premium and SVE with prices starting from €16,650.
The first thing you notice about Micra is that it is all grown up, bigger bodied, longer, roomier, dripping with mod cons, flashier even. And the design lines are sharp and edgy in place of the gentle flowing curves of previous versions.
Yes, and with around 100 different style configurations available, you, the buyer, can make Micra as conservative or as ultra fashionable as is your preference.

The availability of 10 vivid colours kick off what Nissan refer to as the ‘extensive personalisation programme’. After that it is up to you! These times we take such things as Electronic Stability Programme (ESP) - a computerised technology that improves a vehicle’s stability by detecting and reducing loss of traction - almost for granted, even on small cars, simply because many manufacturers are offering it.

Micra has it, along with such features as Hill Start Assist, manual air con, automatic Halogen headlamps which are part of the standard kit. Competition has risen the baseline. Micra has risen to the challenge and added a few new items itself, one being a lane departure warning and prevention feature that relates to you through a vibration in the steering wheel (part of a €550 Safety Pack).

There is a good feel about the drive of Micra. Nissan’s Active Ride Control system helps the ease of travel and smooths out bumps on the road, while the new Electronic Power Steering gives the car an edge where it needs it, when manoeuvring in and around its natural habitat in the city.

Micra has a stylish and well finished interior. The charcoal-grey fascia on the test car had a silver grey centre piece that was also picked up in the doors which brightens up the cabin.
The visuals are easy to read. The rest of the controls are logically placed and easy to reach.
The 1.0-litre engine was a bit shy on power on take off, but otherwise it was smart and obliging. In its stride it motored along quietly and took on motorway driving without a huff or puff.

The test car had only about 30 kilometres on the clock when taken out, which might have inhibited the returns which still came in around a healthy 55mpg mark. Nissan suggest more can be squeezed out of the car.
New Micra is set to cover the selling territory of old Micra, plus the bigger Nissan Note.

Easy access
Hence the bigger body and cabin. For current Note owners, perhaps the diesel might be the better option. More about that one anon.

There is easy access to the low slung rear seats which offers benefits in terms of lots of head, knee and shoulder room. Five at a small squeeze, no doubt.

With a 60/40 split for folding the rear seats versatility is there to extend boot space (330 litres normal; 1004 litres with seat backs down), which is decent and deep.

The get you home spare is built into the floor. The area for the spare is actually big enough to accommodate a full size wheel, if you want to move in that direction later. Nissan have done well. Despite the competition out there, it should still appeal to old friends, and make lots of new ones too.