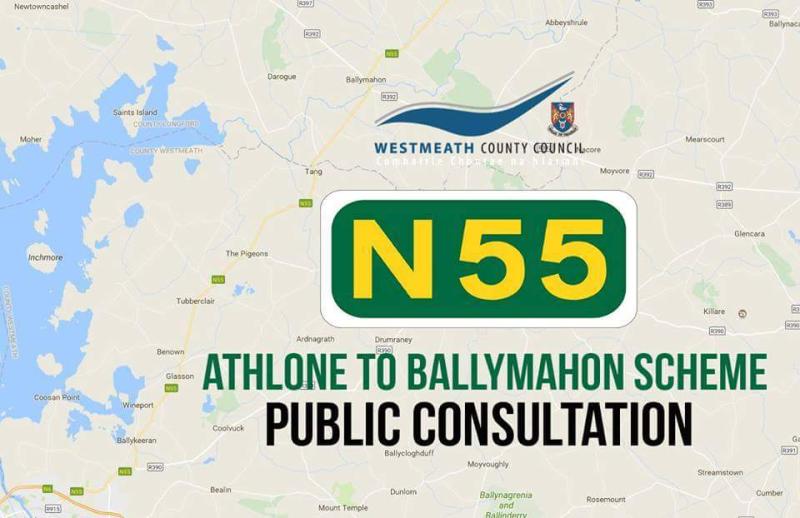 There will be a public consultation in Tubberclair Community Centre on Wednesday, October 25 from 2 to 8pm in relation to the latest proposed N55 improvement scheme.

Previously, public consultations took place in relation to the realignment of the N55 between Ballymahon and The Pigeons and five potential routes were identified.

However, these plans were shelved in favour of extending the proposed project to take in the N55 National Secondary Route between Athlone in County Westmeath and Ballymahon in County Longford.

The study area for the scheme takes in a wide band either side of the existing N55 from Cornamaddy, Athlone to Ballymahon, extending out as far as Annaghgortagh, Corr Cross, Rath, Kilkenny West, Lurgan ,Ballynakill Upper and Portaneena.

People are invited to attend and make their views known from 2pm to 8pm at Tubberclair Community Centre.