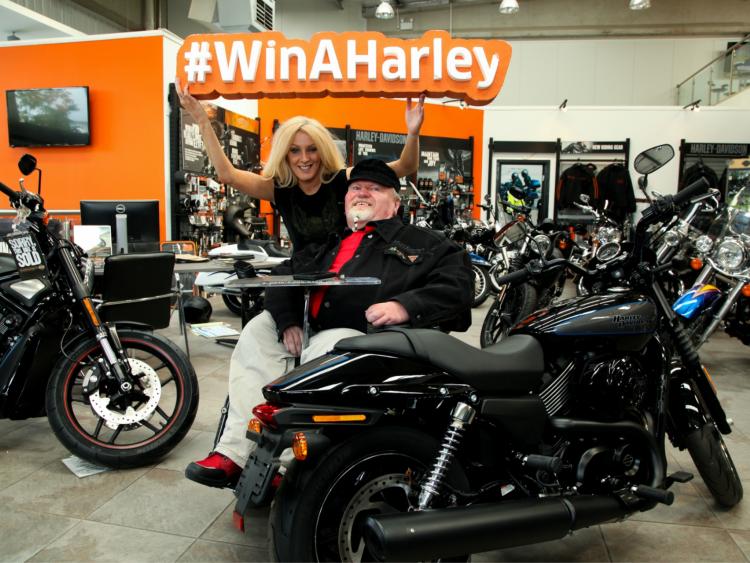 The festival takes place from Friday, June 2 to Monday, June 5 and will see motorcycle owners and enthusiasts gather from across Ireland, Europe and as far away as the USA.

The event hopes to again see big numbers flock to County Kerry, and chosen charity Muscular Dystrophy Ireland will be hoping to rally support for their fundraising efforts culminating with the draw for their National Harley-Davidson® Raffle on Sunday, June 4, where one lucky punter will have the opportunity to win a magnificent Harley-Davidson® Street 750 motorcycle, presented to them live at the event.

The raffle has received great support in recent years from both the public and well known figures such as Michael and Danny Healy-Rae and Kerry GAA Star Kieran Donaghy.

While tickets will be available from the Muscular Dystrophy Ireland tent in the BikeFest Village from Friday June 2, members of the public who won’t be able to attend Ireland BikeFest, or simply cannot wait to enter, can do so on the charity’s website: www.mdi.ie.

For more information on  Muscular Dystrophy Ireland and the Win a Harley-Davidson® Raffle, Freefone 1800 24 53 00, visit www.mdi.ie, or follow on Facebook at www.facebook.com/mdiireland and on Twitter @MDI_Ireland