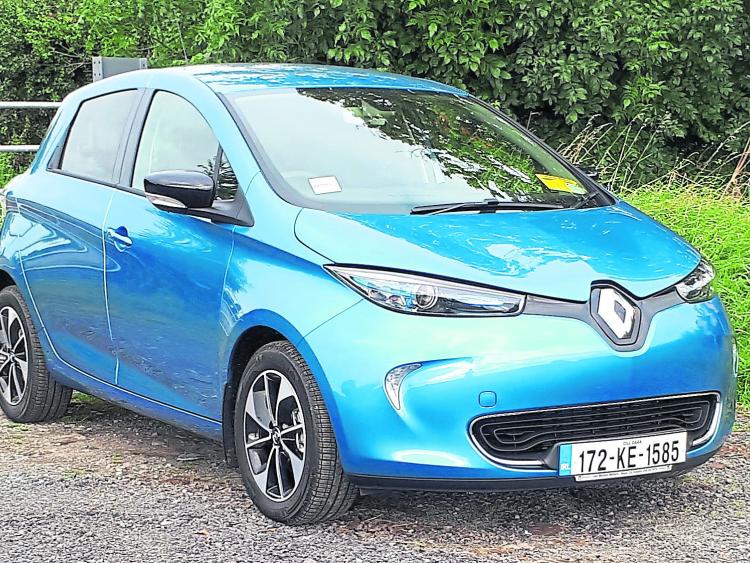 It is no exaggeration to say that I loved the Renault Zoe - and since I drove it at Mallon Motors a couple of weeks ago, I’ve been gabbing to anyone willing to listen that it is the most impressive thing I’ve driven in ages.

Scratch that, obviously the most impressive thing I’ve driven in recent times is the BMW M4, but that was in Mondello and I was wearing a crash helmet. You get the picture.

But the Zoe is different. We’re at a turning point in history - for the first time, despite all the science fiction talk over the past several decades, we’re actually finally at a point where we might actually be on the brink of saying goodbye to the internal combustion engine.

Those who can see into the future say that it will happen suddenly, literally overnight.

Tumbleweed will blow across once vibrant petrol station forecourts.

Nissan/Renault are the first major car company which have brought genuine electric vehicles to the masses.

Tesla may get all the plaudits, but the Nissan Leaf is the first everyday/every(wo)man electric car out there.

And now Nissan’s stablemate, Renault, is pushing its own, the Zoe.

Before I sat into the Zoe I’d never driven a full electric car, and wasn’t sure what to expect.

And that’s where I was gloriously wrong. The Zoe was good looking, comfortable and fun to drive.

Electric cars have great torque because the power in them isn’t gradual.

It’s like a light bulk - it’s either on, or off, so the torque is immediate. There’s no lag waiting for the turbo to kick in.

The Zoe I was driving said that I had 210kms in the full battery, but every time you slow down or brake, it’s regenerating the battery, so much so that although I did 18kms in the car, the battery only registered a loss of 13kms. Who’d have thought that stopping at traffic lights would be so rewarding!

The Zoe is Clio/Polo/Fiesta sized, although it is particularly notable how it doesn’t drive like a small car. It’s solid on the road - to such a degree that, notwithstanding the electric element, it’s easily a better car than many similarly sized offerings out there.

Put it this way, there was an ‘Eco Mode’ button that made the car as fast as regular small cars; turn it off, and it’s comparable to a Golf TDI.

The car creates a noise when travelling at less than 40kph, to warn pedestrians. It’s a funny sort of white noise and I was always glad to get above 40.

I concluded very quickly that if this was what electric cars were going to be like, then petrol’s days are numbered.

I also quickly concluded that if somebody was in the market for a new small car (perhaps a second car for a family), then I couldn’t see any reason not to buy this car.

Most of us, most of the time, don’t do anything like 200kms in our average day. The price of the Zoe is, as small cars go, a little on the high side.

This car is a massive leap for Renault, and for the car industry in general. It, and the Nissan Leaf, move electric cars into the mainstream, a brighter, cleaner and, from a motoring point of view, a very enjoyable future.