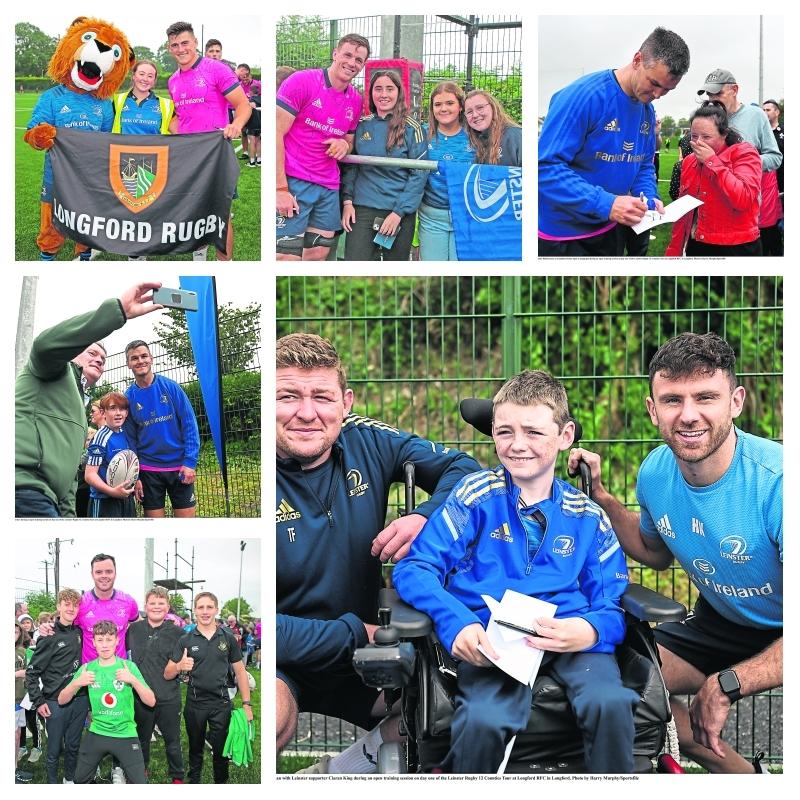 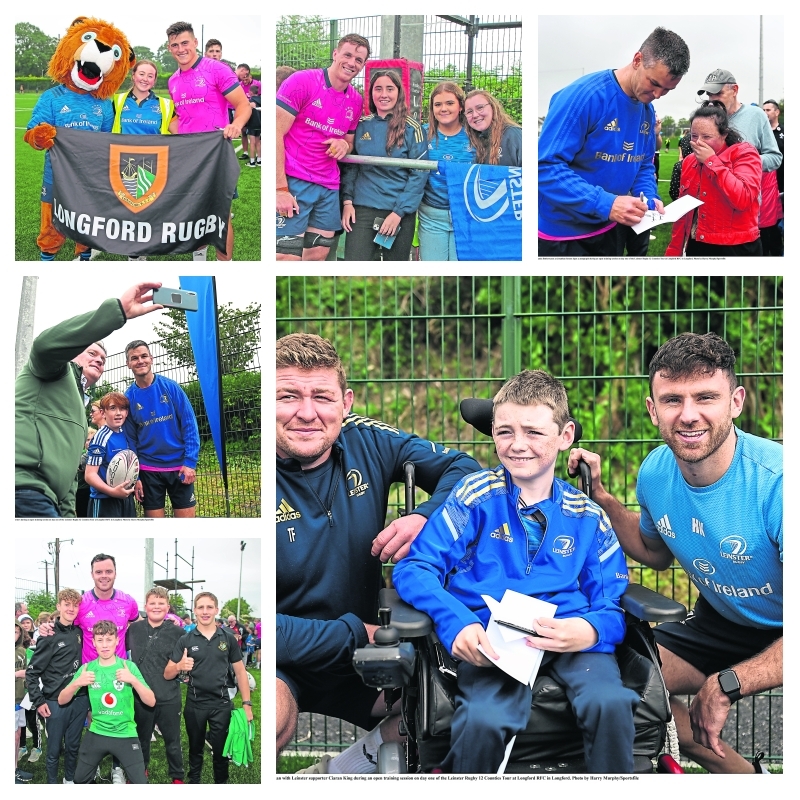 Drones flying over the 4G pitch at Longford RFC's CPL Park captures images of around 50 pink clad players as they run through drills last Thursday (August 25). The elite athletes of Leinster Rugby performed in front of a crowd that most junior rugby clubs would rarely see outside of a cup final.

Four time Champions Cup winners, Leinster Rugby, brought their full squad to Longford in preparation for the start of the 2022/23 United Rugby Championship season. Commenting on the visit coach Leo Cullen said: “Everyone is back in the set up and this is a good chance to get back on the road. Covid made it impossible to do anything, so to be out now is great.”

It's three years since the Leinster rugby roadshow had a chance to get out for the meet and greet. After the intense training session the players grabbed markers and zipped through a crowd of well over a thousand fans to sign shirts, balls or whatever else was at hand.

Hearts and minds were won before the visit, this was a cementing of already formed opinions. Elderly stalwarts pushed in with young fans for pictures, or for a chat with players who have become part of the folklore of Irish rugby.