Longford's Jim Kelly remembered as a wonderful teacher, a community leader in athletics and a football genius 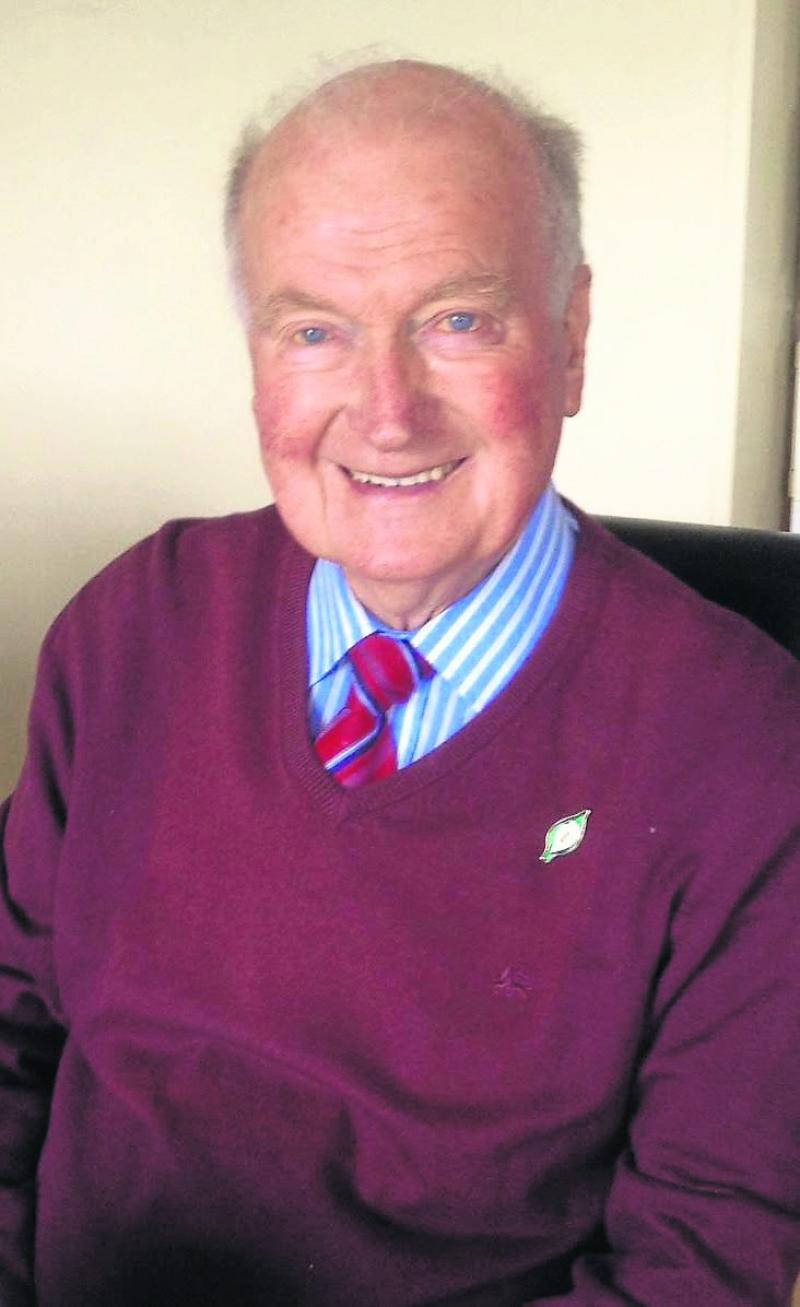 “The sun was high, enveloped in a blue skied canvas. As the spirits were low, as Jim battled yet another time to catch breath; the ambulance was on its way once again. In hospital, it was a long day, steeped in positivity as only we knew how, all was good, it was seemed, whispering in his ear, to battle on, as he had battled before.

The battles as had come to fruition on many previous occasions, in the trenches of life. Come on Jim, you got this, it was said, with unwavering doubt. With hand held, wrought with hope and faith in Jim, to bring it home once again, just do what you do and don’t leave us. Ten minutes later, Jim said his final, “slán go fóill”, to our dismay and void filled sadness on June 29, 2022.

Jim Kelly was Principal School Teacher in Forgney National School for 43 years. Jim went to secondary school in St Mel's College Longford as a boarder, excelling in all subjects and where he got his initial solid grounding in Latin, which he carried proudly throughout his life.

He trained in St Patrick’s Training College in Drumcondra, Dublin, to become a National School teacher. Later in the University of Galway, attending part time, Jim completed a Bachelor of Arts Degree and Higher Diploma in Education which qualified him to teach subjects in Irish.

Jim was a huge advocate and very passionate for Gaelic football. He played with St Mels College Longford, throughout his secondary school days, and a very handy footballer he was by all accounts. He also played in the Longford Minor Championship with Ballymahon in 1957.

In the late 1960’s Jim started the first Forgney National School boys team. Many members of the team fondly remember those days, as Jim trained the team, giving them solid grounding to go more for the ball than the man, don’t retaliate to hits and get sent off, concentrate on winning and be a winner, a training strategy that proved instrumental in their success, as they went on to beat Abbeylara, in the Junior Championships, in 1971, which was a first for them at that time.

Jim was fluent in Irish, Latin, and Greek from an early age, this was not enough for Jim as he self taught himself in German, French, Italian and Spanish. He enjoyed overseas travelling, and longed to converse with the locals, having travelled to France, Germany, Italy, Sicily, Switzerland, Yugoslavia, with his farthest being Argentina, as he arrived from a 14 hour flight bright as a button chatting to everyone who was willing to converse with him, exhausted from their long flight, looking forward to his next adventure.

Jim was a diligent historian, and loved politics, both local and foreign. Many a debate was attempted and lost due to the depth of Jim's knowledge. As a fluent Irish speaker he promoted the use of our cultural identity, as he was a lover of Ireland, and proud of all things Irish, he was truly an academic, a great thinker.

He could debate any political topic supported by facts and figures with the vigour and passion that would never be equalled, that couldn’t be contradicted, as he debated. Jim was also a keen musician, played accordion, tin whistle, and piano. He was very passionate about Irish ceili and traditional music, listening to them on the radio and attending sessions in his younger days.

Jim was an avid reader, reading books everyday. You would always find Jim perusing through the book section of a newsagents in any town he went to. Jim read everything from Aristotle to Plato, from James Joyce’s Ulysses to Mairtin O Cadhains Cré na Cille in old Irish, to Charles Kickhams Knocknagow, and everything in between. Jim loved poetry, Patrick Kavanagh, Seamus Heaney, WB Yeats, Oliver Goldsmith, Leo “Keegan” Casey being his favourites, as he recited word and verse at will, with verve.

He loved going to plays in the local Bog Lane theatre in Ballymahon, the Gaiety Theatre in Dublin, An Taibhdhearc and the Town Hall Theatre in Galway. Jim gave of his free time in his younger years to volunteering to promote athletics in County Longford.

Jim was on the committee of the County Longford Basketball Association, entering a boys and girls teams from Forgney, County Basketball Leagues, all over the county. In the early to mid 1970’s, Jim, started the Forgney Athletic Club, encouraging the youth to excel in track and field championships, in the midlands. In the late 1970’s the athletic club was renamed to the “The Rising Sun Athletic Club”.

Many Sundays Jim gave of his free time, setting up training in Bredin's Field, organising sports days, cross country championships, bringing the competitors to sports events up and down the country. Jim did it all.
He always said he knew that every child has an inner potential, but what was it?

He was determined to bring that excellence out. Jim was a giver, an excellent teacher, an educator. A newspaper headline from the Connaught Cross Country Championships in Sligo in 1974 a newspaper heading posed the question “Where is Forgney?” such was the huge success at this race meeting.

The article went on to say “that was the question on most peoples lips, that Sunday in Sligo when the young athletes gave a tremendous display of never-say-die running, and in the process shocked the opposition, and drew many favourable comments from spectators not alone for their tenacity but also for their colour and determination.

They were quietly confident of giving a good display from the outset, but the teams and individuals really surpassed all expectations and all 39 who did the Forgney Athletic Club so proud”.

Jim Kelly instilled this confidence and sheer determination in each and every youth to be confident in what you do, you can do this attitude, you are a winner every day.

The Rising Sun Athletic Club, was also famed for being the first athletic club in the country to have their name emblazoned on their jerseys at community games level, and continued to grow from strength to strength, with a national following and recognition.

The Rising Sun Athletic Club, staged Open Cross Country meetings and Field event days on many occasions, for Longford/Westmeath. The venue was at Newcastle, Bredins field Clooncallow. These were events for all age groups, from the youth right up to adults. Many of the country’s top athletes, competed and competition was of the highest standard.

“It was the biggest in the midlands, if not in the country,” a newspaper article reported at the time. The promoting club welcomed everyone to Newcastle, these were great times.

A high point was when six Irish athletes were selected to compete in the European Junior Championships, in Utrecht Holland. Among them was Aisling Molloy of the Rising Sun Athletic Club.

Jim Kelly’s lowest point in his life was the untimely passing of his beloved daughter Valerie at the tender age of 32. Jim never came to terms with this tragedy and carried this laden weight inwardly all of his life. It was the first time that his son saw his father cry uncontrollably, his beautiful daughter had died, his Valerie had passed away, on that tragic night on August 27th 2000, leaving her husband and two children behind. It is safe to say Jim Kelly would go on, to carry this heavy weight inwardly every single day, with the strength that only Jim could know.

Jim will be very sadly missed, by his family and friends, a great man there is no doubt. You, Jim Kelly have been described aptly as a wonderful teacher, a community leader in athletics, a football genius.
Slán go fóill, Jim, Ní bheidh do leithéid ann arís.”