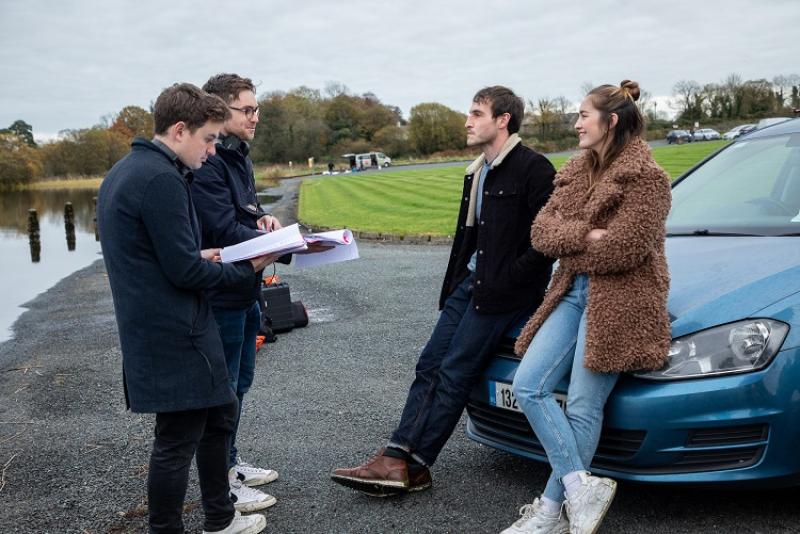 It's going to be a tense week for two Longford film-makers as their debut feature has its world premiere at this year’s Galway Film Fleadh. 'Lakelands' is Robert Higgins and Patrick McGivney first full length film, but the duo have already grabbed a lot of attention.

The Galway Film Fleadh runs from tomorrow (Tuesday July 5) to next Sunday (July 10). Screenings in Ireland's premier film festival takes place the Town Hall Theatre and The Pálás Cinema. The programme features over 80 films from Ireland and around the world.

Great things are expected of the Longford set film when the Festival awards are announced next Sunday. Set within the world of small town GAA, the film is a searing and subversive look at this world from the inside that doesn’t pull any of its punches.

After an attack on a night out, a young Gaelic footballer, Cian, struggles to comes to terms with a career-ending injury. Lakelands follows him as he undertakes a search for his own identity in a small town in the midlands, where Gaelic football is a religion and identity is defined by what you can do on the pitch.

Robert Higgins, Patrick McGivney, Éanna Hardwicke and Danielle Galligan have all been nominated for the Bingham Ray New Talent Award at this year’s festival and the project won the Bankside Films Marketplace Award at last year’s Galway Film Fleadh.

Wildcard Distribution has acquired the Irish feature drama Lakelands for distribution in the UK and Ireland with a cinema release scheduled for next year. Robert Higgins and Patrick McGivney are the joint writer directors of the film. Speaking about the latest developments Robert said: “Lakelands is a deeply personal film for both of us and bringing it to life with such a talented cast and crew has been a dream. We’ve always felt the world of small town GAA would make a good backdrop for a film and look forward to sharing it at the Galway Film Fleadh.”

Patrick added: “This film has been a real passion project for us from the beginning and the whole community of Granard rowed in behind us to help make it a reality. It’s been a real grassroots approach to filmmaking and it’s brilliant to showing it to the world for the first time at the Galway Film Fleadh.”

Lakelands is produced by Robert and Patrick for Harp Media. Their most recent short film ‘Drifting’ starring Bafta winner Paul Mescal (Normal People) and Dafhyd Flynn (Michael Inside). It premiered at the Galway Film Fleadh in 2020 and was acquired for worldwide distribution by Network Ireland Television. It has played a number of Academy Award and BAFTA qualifying festivals across the world since then.