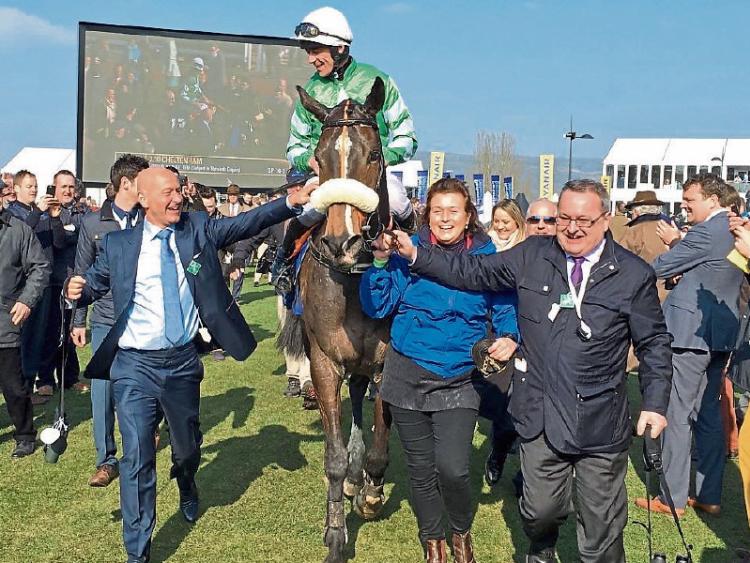 Longford businessman and the son of former Taoiseach Albert Reynolds is celebrating this week after his horse, Mall Dini, landed a huge win at Cheltenham.

Mr Reynolds’ 14/1 shot scooped the Pertemps Hurdle on the third day of the festival who outbattled the Philip Hobbs trained Arpege D’Alene by three quarters of a length.

It was an emotional Reynolds who afterwards attributed the win to his late father.

“He got me into racing at a very young age,” he said.

“He used to bring us to Galway when it was a three day meeting and that was our summer holidays so that was where it started.”

Mr Reynolds was similarly wholesome in his praise for relatively unknown Galway based trainer Patrick Kelly.

“It’s incredible, I’ve dreamt about this for so long.

“Pat Kelly trains five horses in a tiny village, this is what racing is all about,” he added.