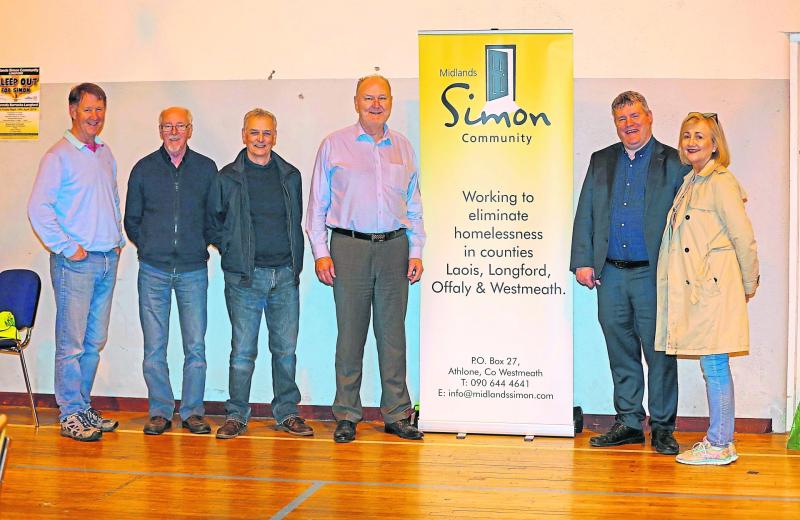 Volunteers all across the Midlands will sleep under the stars this week as part of the Simon Community's annual 'Sleep Out' event.

The homeless charity is collaborating with Longford Rugby Club on the event to promote understanding of the plight endured by homeless people, as well as to raise much needed funds.

Environment officials have been urged to target a deserted property in a Longford town housing estate which has allegedly succumbed to illegal dumping.

The event, which is taking place Friday December 10, has been set up by organiser Noel Greene, who said he's “delighted” it's back this year.

He said: “It's a different time of the year. Normally it's held on Good Friday, but this year we decided to go with December. It's coming up to Christmas and it's a time when homeless people are most vulnerable.

“The whole idea of it is for people to experience just for one night what a homeless person experiences every night of the year, to live under the stars. The lead-up to Christmas is probably a time where there's more of a focus on homelessness and the issues surrounding it, so it's a good time of year to have it.”

Like many voluntary organisations, both the Simon Community and Longford RFC have seen a drop in fundraising due to Covid restrictions.

Participants in the Sleep Out are asked to raise as much sponsorship as possible, with all money raised going to the Simon Community locally and Longford RFC.

“It's been a very difficult two years for Midlands Simon,” Noel said. “We had to cancel a number of events.”

Despite this, Noel is optimistic about the upcoming Sleep Out and said, “We would expect a number of people to take sponsorship cards to come in and spend a couple of hours there, other people will come throughout the night. We expect upwards of one hundred people on the night.”

However, he is encouraging people to come prepared with coats and scarves and cardboard to sleep on.

“There's a new astro-turf pitch there at Longford Rugby Club, an all-weather pitch so the surface is quite dry on that. People can sleep along the sideline of the pitch if they wish, in the stands for a bit of shelter from the elements, or there's a bit of shelter by the dressing rooms as well.”

He confirmed they will be encouraging compliance with Covid-19 regulations as well as encouraging people to wear masks.

To take part, contact Noel Greene for sponsorship cards on 087 961 5766, and present same at 9pm on Friday December 10 at Longford Rugby Club.