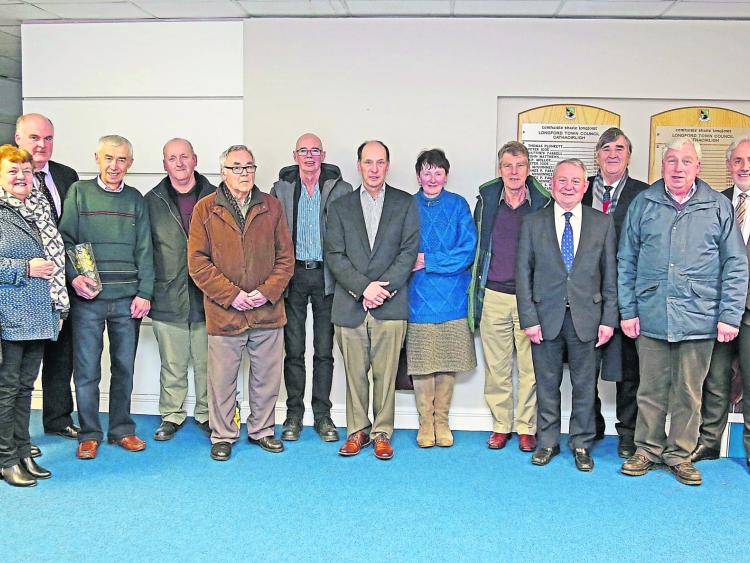 Longford Tidy Towns held their AGM recently and after the election of officers, plans for the coming year were discussed.

Even during late winter and early spring volunteers were busy. Some members travelled to the Knightsbridge Hotel in Trim in February to a Tidy Towns Conference for all the eastern counties of the country. At this conference, members were made aware of the importance of reducing energy costs and excessive carbon emissions and the effects on climate change.

The Chairperson of Listowel Tidy Towns explained how they won the much coveted overall award in 2018. Involving everyone in the community seemed to be the answer: sports clubs, businesses, schools, colleges, religious groups, ethnic minority groups, active retirement groups, even the local crèche.

“And always believe you can make a difference, because it’s the small things that add up.” Making a three year plan also seemed to be the key to success.

Planting for pollinators
Planting for pollinators was also covered at this conference. The importance of looking after bees was emphasised and the need to have flowers all year round and flowering trees.
It has been decided to hold the Best Garden competition again in Longford, with a special category for the most 'bee friendly' garden.

Use of plastic
At the Trim conference, the use of plastic, in all its forms was strongly disapproved of, whether it was the coffee from the local petrol pump or plastic cutlery for your curry chips or plastic toothbrushes. Reduce, reuse and recycle was the mantra. And also repair, remake and reimagine. Take along your own mug for your coffee and reuse it, otherwise the plastic mug goes to landfill.

Litter picking
Litter picking by volunteers and members of the local Tús scheme continued all through the winter and spring.
Some people still throw their cans, bottles, bags and cigarette ends on the streets, footpaths and roadsides and then volunteers have to pick them up and payment has to be made for their disposal.

Some weeks there may be up to one hundred bags of rubbish collected in Longford town. During the months of February and March, St Mel’s College transition year students came each Tuesday to help with the litter pick and to learn about Tidy Towns and the pupils from St Michael’s primary school in Longford came on board for a few hours in February.

The Tidy Towns entry for this year’s St Patrick’s Day parade was indeed bright and cheerful and well received by the huge crowd which lined the streets.

We were celebrating the fact that Longford Town was awarded nine extra points last year by the Tidy Towns judges, receiving a total of 315 points out of a possible 450.

Three year plan
The committee has decided to put a Three Year Plan together with assistance from an environmental consultancy company called Woodrow Sustainable Solutions.
This company has given us a suggested long term plan which has in turn also been discussed with the Longford County Council.

We will be starting to implement some aspects of the plan this year, working closely with the Council and anyone who would like to see the plan may do so by contacting the Chairman of Longford Tidy Towns, John at 086 834 6559.

Eco Conference
To help develop the three year plan, many Tidy Towns members will be attending the Eco Conference, entitled “What are we leaving for our children' in the Longford Arms Hotel on Saturday, March 30. This conference is sponsored by the Sisters of Mercy.