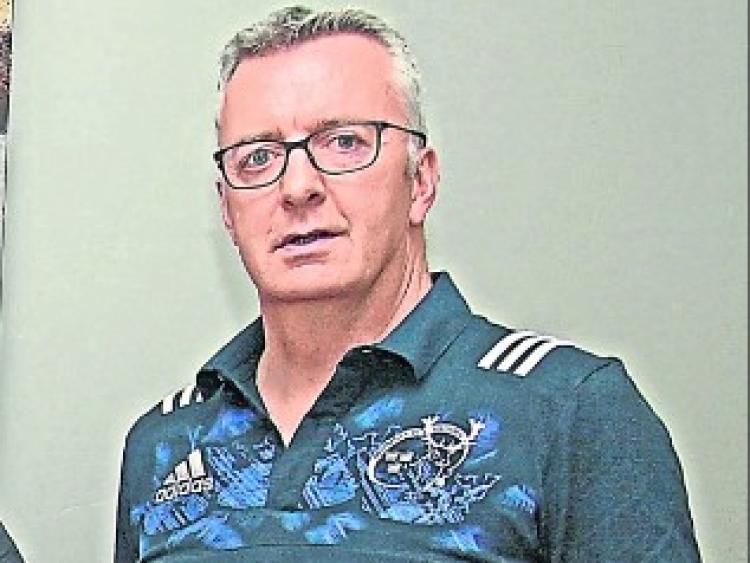 Longford town and further afield was enveloped with sadness last week as news spread of the shock death of Donal Considine.

A member of a very large family, the death of the popular 58-year-old followed just three and a half months after the passing of his beloved sister, Dearbhla Cox, formerly of Clonbalt Woods.

Quiet and unassuming, Donal was nonetheless a large part of life in Longford town and staff at the Department of Social Welfare were bereft with grief last Tuesday week as news of his sudden passing made its way through the building.

Donal was a man who made friends easily, never lost them or gave up on them and was always there with a helping hand and friendly ear.

His death is a devastating blow for his heartbroken wife, Mona, and their adult children, Laura and Daniel. For Daniel, the hammer blow came within a day of his laying his young brother-in-law, David Hughes, to rest.

Donal was first and foremost a dedicated family man. He and Mona were a loving couple and textbook parents for Laura and Daniel, who both enjoyed an unrivalled wonderful relationship with their father.

Donal and his nine siblings grew up in the Demense, Longford town, where their father, Sean, was a former Garda superintendent and their mum, Rosa, a huge part of the life and soul of the town.

It’s fair to say that at least one of the Considines was involved in just about every organisation or group in the town and this civic pride and commitment to community was reflected in the large numbers who came to pay their final respects. It’s certain that this and the funeral for his late sister, Dearbhla, were amongst the largest ever seen in the Cathedral.

Donal loved life and lived it with a passion. He was extremely well read and liked nothing better than a good debate. He fancied himself as something or an expert in the field of sci-fi, fantasy and space. He was regarded as one of Longford’s foremost Star Trek enthusiasts. He also enjoyed theatre and drama and over the years took part in a number of Backstage Drama group productions.

With his Dad a proud Tipperary man, the Considine family were arguably the foremost Munster rugby supporters in the county – long before European rugby became fashionable. Donal travelled near and far with his brothers to see the fighting men in red.

Donal was wonderful company and the type of a fella you would instantly gravitate towards if you saw him in the Tally-Ho or Joe Lyons’ on a Saturday evening.

Though if there was a Munster match on the telly, all conversation was on hold!

It has been a hugely difficult time for the Considine family and especially parents, Sean and Rosa, who have now had to bury two adult children in the space of four months. They however, and the wider family, have taken great heart and solace from the genuine outpouring of affection for their beloved Donal this week.

For the past few years the family have been on a battle footing as their brother, Eamon, a serving member of An Garda Siochana, battled with MS and their late sister, Dearbhla, fought a titanic battle with cancer. Along with his siblings Donal was the driving force behind an annual cycle from Longford to Carrick on Shannon which has raised thousands of euro for the LARCC charity and MS Ireland.

Each year was a triumph of community endeavour and it was arguably one of the best supported local fundraisers here each year. And that was in part due to Donal’s own commitment to local groups and charities.

One such group as the Attic House for teenagers, with which he was involved with from the outset and would have been one of their most enhthusiastic vounteers at the Hype music festival next month.

Donal enjoyed cycling and also tackled a few triathlons and again he was one of those who would also watch out for that participant who was struggling and was always there to wait back and help them to the finish line.

Donal's passing has left a huge void in Longford town and in the offices of the Social Welfare but the greatest sense of loss and heartache is felt by his family.

His remains reposed at Glennon’s Funeral Home before removal to St Mel’s Cathedral for Funeral Mass and interment afterwards in Ballymacormack Cemetery.