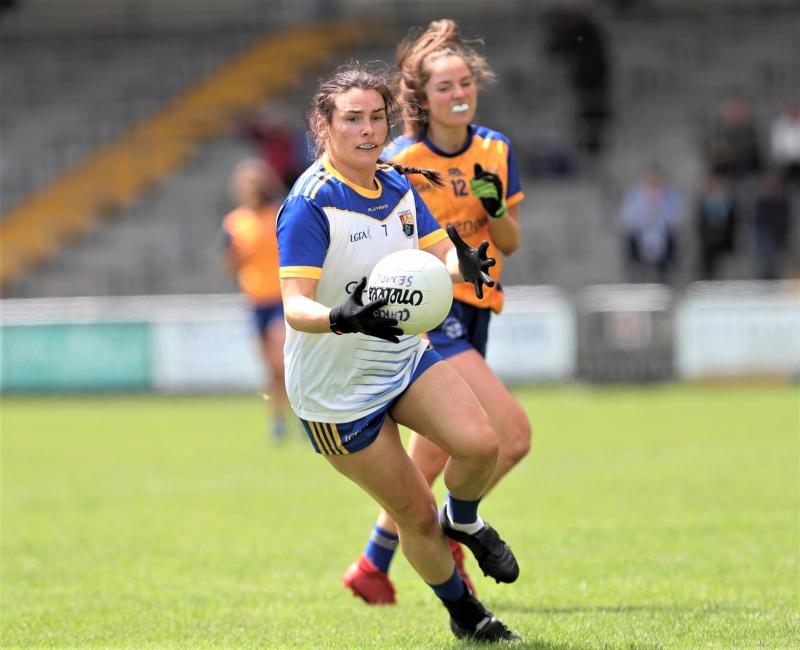 Longford’s bid for a place in the TG4 Ladies Football All-Ireland Intermediate Championship semi-final came unstuck as they slumped to a heavy 0-4 to 3-11 reversal at the hands of an exceptionally well drilled Clare outfit in St Brendan’s Park, Birr on Sunday last.

Longford just never got motoring at all and the writing was on the wall as they trailed at half time by 0-2 to 1-5 and that was after playing with the benefit of the elements at their back.

On the resumption, Clare reeled off 2-2 without reply inside the opening ten minutes and that put the contest to bed as the Munster side cruised to a semi-final showdown against Laois.

Evan Talty’s Clare side, despite playing into the wind, dominated the opening quarter and inside 12 minutes they had established a 1-2 to nil advantage. Aisling Reidy and Gráinne Nolan kicked fine points for the Banner ladies and in the 7th minute Longford had a lucky escape as Clare’s inspirational centre back Laurie Ryan drilled a shot against Ruth Jones’ crossbar.

Clare hadn’t long to wait for their goal though and it arrived in the 12th minute as Chloe Moloney clinically dispatched her penalty to the roof of the net.

After a heavy rain shower abated, Longford’s Louise Monaghan was unlucky not to open her side’s account in the 18th minute. A minute later the classy Michelle Farrell curled over a lovely point and Brían Noonan’s side began to settle more into the contest.

Clare’s Gráinne Nolan (free) and Michelle Farrell exchanged points at either end, Longford 0-2 Clare 1-3 after 22 minutes. Clare finished the half with fine points from Catriona Callinan and Fidelma Marrinan giving them a six point advantage at the interval, 0-2 to 1-5.

Longford really needed a bright start to the concluding half however it didn’t materialise and within eleven minutes they found themselves 15 points adrift, 0-2 to 3-8. Chloe Moloney and Fidelma Marrinan (2) registered points for the Banner ladies and they then struck for two rapid fire goals through Catriona Callinan and Roisin Considine.