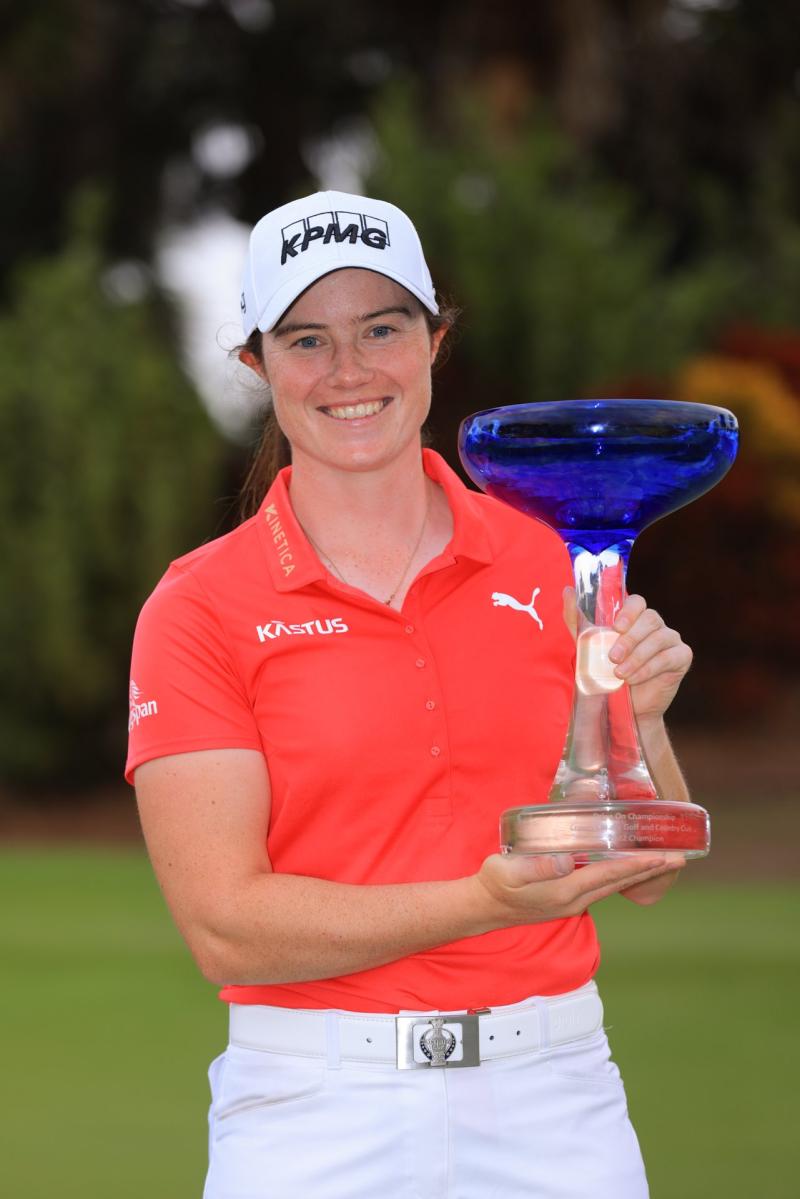 Leona Maguire has become the first Irish golfer to win on the LPGA Tour.

The 27-year-old from Ballyconnell in Co Cavan carded a five-under-par 67 in the final round of the 54-hole competition at the Crown Colony Golf and Country Club in Florida.

Down Memory Lane | Gallery of stunning Longford graduation pictures from 2011

Maguire, playing in her 50th LPGA tournament, finished on 18 under par to win by three shots from Lexi Thompson.

She went into the final round tied for the lead with American Marina Alex, four strokes clear of Brittany Altomare, Stacy Lewis and Sweden’s Linnea Johansson, but pulled away on the back nine with a majestic display of ball-striking.

Dreamt about this moment for a long time and we’re only getting started Couldn’t have done it without the help of my incredible team & family #canseecanbe pic.twitter.com/pYR4Hdfpdh

The first player from Ireland to win on the LPGA Tour! @leona_maguire | #DriveOn pic.twitter.com/IK0webbMgt

“You kind of wonder is it ever going to happen,” Maguire told Sky Sports after her final round.

“I have a lot of people to thank, and it’s been a long road, but feeling more relief now than anything else.

“I knew my game was close, I did a lot of hard work in the off season and yeah finally got there in the end.

“It’s huge for Irish golf, there was never an Irish player on the Tour never mind a winner, so hopefully there’s a lot of people watching at home tonight with big smiles on their faces and little girls watching hoping that they can one day hole a putt like that too.”