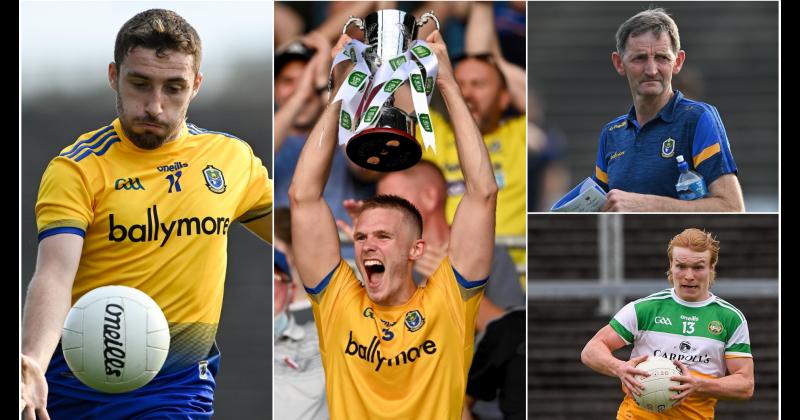 There will be huge interest in Lanesboro and Longford in Sunday's EirGrid GAA All-Ireland Football U20 Championship Final at Croke Park as Roscommon bid for glory against Offaly in a novel showdown.

There are many local connections with both teams.

Last Saturday evening in Kingspan Breffni Park, Cavan, Roscommon produced an outstanding performance to defy the overwhelming odds when they defeated a much vaunted Down side. They will now take on Offaly in Croke Park on Sunday next at 1.30pm in what will be a unique occasion.

The final was due to be played as a curtain raiser to the All-Ireland senior semi-final between Kerry and Tyrone but that has been postponed owing to positive Covid-19 cases in the Tyrone squad and the game will now be played on Saturday, August 21. This change will necessitate the GAA Football All-Ireland final being re-arranged to take place on Saturday, September 4.

The EirGrid GAA All-Ireland Football U20 Championship Final meeting of Roscommon and Offaly will have a 24,000 capacity meaning that most Rossie and Faithful fans wishing to attend should be able to do so. There was major panic in both counties as it had been initially indicated they would receive an allocation of just 1,000 tickets per county.

There are a number of Lanesboro connections with the two U20 teams.

The Roscommon team is managed by Liam Tully who is married to local girl from the Green, Catherine Brophy and he was manager of the Rathcline team when they won the Intermediate championship. Liam is assisted in the team management by Cloontuskert man Wally Burke.

Unfortunately, Cian Glennon, son of Ronan and Claire, Cloonadra, who produced a scintillating performance in the Connacht Final against Mayo, missed Saturday's win over Down through injury and it looks likely he will also miss the Croke Park final on Sunday.

Centre forward James Fitzpatrick, who scored Roscommon’s first goal on Saturday, is son of Mick and Charlotte Fitzpatrick. Charlotte is daughter of Bríd and the late Jim Walton formerly of Cloontuskert.

Team captain and impressive full back Colin Walsh, is nephew of Rosie and the late Kevin Walsh. Rosie is another of the Walton clan, sister of Charlotte and daughter of Bríd and the late Jim Walton.

On the Offaly side and producing leading performances in helping them reach Sunday's decider is attacking ace Cormac Egan. Cormac, who plays his club football with Tullamore, is grandson of Ciaran and Helen Egan, Banagher. Helen is sister of Carmel O’Shea from the Green and Teresa Reilly, Rathcline.

We wish all the very best of luck on Sunday and we hope it will be another wonderful game in a compelling U20 campaign that has already served up many memorable encounters.