Countdown to the 2021 Galway Races has begun 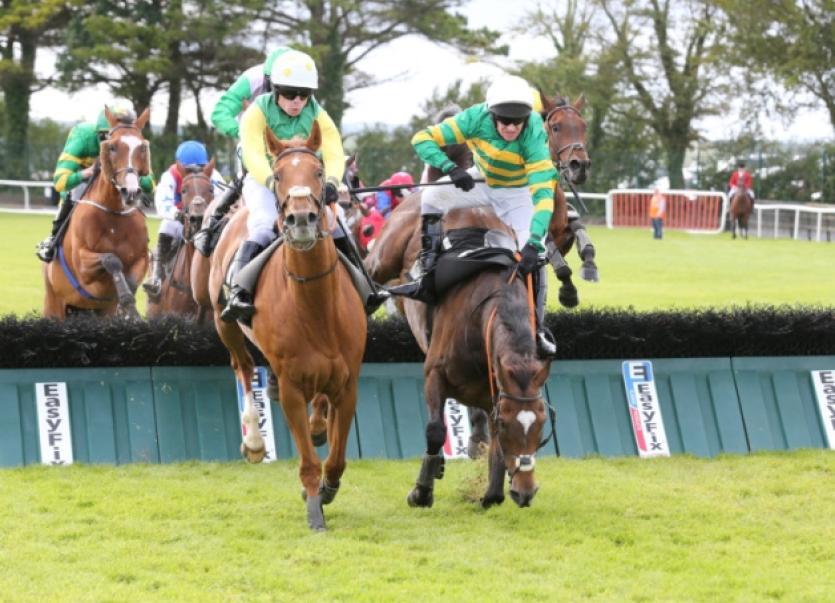 The Countdown to Ireland’s Largest Horse Racing Festival has begun

In less than three weeks’ time, the highly-anticipated seven-day Galway Races Summer Festival kicks off on Monday 26th July with the first of seven races taking place at 4.10pm. Galway Racecourse have submitted plans for 5,000 spectators per day at the outdoor event, and are waiting for an imminent decision in relation to this.  Should they get approval, an announcement of their ticketing policy will be released shortly.

Prizemoney Worth Over €1.8 Million

With fifty-two races over the seven days, the Galway Races Summer Festival has a prize fund of over €1.8 million on offer (total prize fund of €1,817,500). Each day offers a feature race with a minimum prize fund of €100,000. The hotly contested Tote Galway Plate on Wednesday 28th July, a race synonymous with Galway and key to the history of the festival, has received a significant increase of €50,000 with the prize fund for the race now standing at €250,000. The Tote Galway Plate is a race awash with quality, with experienced chasers taking on emerging youngsters, and has produced some high-class recent winners including, Balko Des Flos and Road To Riches. The race cards on Thursday 29th and Friday 30th July are sponsored in full by the Galway Races long standing partner, Guinness, with Thursdays Guinness Galway Hurdle now worth €250,000, having also received a boost of €50,000.

Commenting on the partnership for the races, Chief Executive of Galway Racecourse Michael Moloney said, “now more than ever, it's so important to give back and help other organisations when we can. The cost to run and staff the facility in Arklow is very high at close to €300,000 per year, and unfortunately due to current times with the cancellation of the majority of their fundraising events, the charity is in need of our support to hit this figure. We hope that our Galway Races fans can help us fundraise for this fantastic charity and support the thoroughbred horse. Every euro donated will go directly to this great cause”. To support and donate this fundraiser, check out www.idonate.ie/GalwayRaces2021

Partnerships and support have been the back bone and key to the success of the iconic Galway Races. While many businesses have experienced a challenging year, Galway Racecourse is delighted to announce that all its partners are continuing to support and sponsor the Summer Festival.

Colm Quinn BMW, Tuesday's title sponsor, have extended their partnership agreement of three valuable races across a top-class Tuesday card, culminating in the days feature race, The Colm Quinn BMW Mile Handicap, for a further five years, which brings their sponsorship of the Tuesday card to ten years. Commenting on this news, Colm Quinn said, “I am delighted to be deepening our association with the countries most iconic race meeting. It’s fitting as the BMW brand is the preference for many big names in racing circles. We look forward to working into the future with the team in Galway Racecourse”.

The first four action packed days of the Galway Races will be broadcast on RTE Television, coming live to you from Ballybrit at 5pm for two hours of commentary and insights, that includes the feature race on each day, including Monday’s Connacht Hotel Q.R. Handicap and Tuesday’s Colm Quinn BMW Mile, plus three supporting races each day.

Galway Racecourse are also delighted to welcome back to Ballybrit after sixteen years the Irish language broadcaster, TG4, who will broadcast live on Friday 30th and Saturday 31st July. The live coverage on TG4 will include fifteen action packed races over the two days and feature races such as The Guinness Galway Blazers Steeplechase, The Guinness Galway Tribes Hurdle and The Galway Shopping Centre Handicap.

To compliment the above television broadcast, Racing TV will cover and broadcast every one of the fifty-two races live from track.

Each year for the Summer Festival, Galway Racecourse hosts the Leading Jockey and Leading Trainer Championships sponsored by the Rooney Family and Chanelle Medical respectively. This year, Galway Race Committee are proud to announce that in association with the Rooney Family, they will be unveiling a new Pat Smullen Perpetual Trophy for the winner of the Flat Jockey Championship in memory of Pat. Pat was synonymous with the Galway Festival through his partnership with Dermot Weld and a regular recipient of this prize.

Commenting on this award, Anthony Ryan, Chairman of Galway Race Committee said, “Pat was a true gentleman, a champion, a warrior and a regular to the winner’s enclosure here in Ballybrit. Pat has a huge number of fans and support here in Galway so it’s only fitting that we honour him in this way”.

Ladies Fashion at The Galway Races

Widely renowned as ‘Ladies Day’ at the Galway Races, Thursday traditionally combines the very best in horse racing and fashion. Following on from its popularity last Summer, the team in Her.ie are once again sponsoring the hugely popular Best Dressed Competition this year. This year’s event, held on Thursday 29th July will be judged by online influencer and model Louise O’Reilly.

This year’s Fridays Most Stylist Competition, sponsored by Athlone Town Centre returns with a chance for all ladies, no matter where you live in the world, to take part from your living room, kitchen or garden. Judging the fashion competition are stylist and presenter Marietta Doran who will be joined by previous winner, stylist and Weekend AM presenter Rebecca Rose Quigley.  Check out www.galwayraces.com for more information on both ladies’ fashion competitions.

This July, stay in touch with all that’s happening at the Galway Races by tuning in daily to their social media channels via Instagram, Facebook and Twitter. The team in Galway have lots of interviews, fun and entertainment planned to keep their fans engaged in the build up to and during the races, including:

The Weights Release on Monday 19th July via Facebook and Instagram LIVE;
A dedicated What’s App phone line during the festival for fans to send in their text messages and videos of support direct to all taking part in Ballybrit; Daily onsite show direct from the team at the track, bringing you up close and personal and behind the scenes of Irelands largest horse racing festival.

For more information and all the latest news from the team in Galway, visit www.galwayraces.com